Eight millions people in a few square kilometers. High-rises, signs, neons, markets and frantic activity at any hours. Hong Kong is a special places for street photography. Nevertheless, it is also quite challenging and I definitely struggled to adapt at some times. Here are therefore a few thoughts about shooting street photography in Hong Kong.

– this is wide angle country. Some streets are so crowded that it forms a continuous flow of people. You are basically face to face with your subjects most of the time. So unless close-ups are your thing, you’d better take a 35mm or wider lens along. The wide focal will allow you include the flurry of neon lights and high rises which are so typical of Hong Kong in your backgrounds. It will also give you a more extensive depth of field (on large sensor cameras), which comes handy at close distances. I had the chance to  meet several local street photographers, they all had 21mm to 35mm lenses mounted on their cameras.

Heavy crowd at Argyle street, one of the busiest shopping avenue. 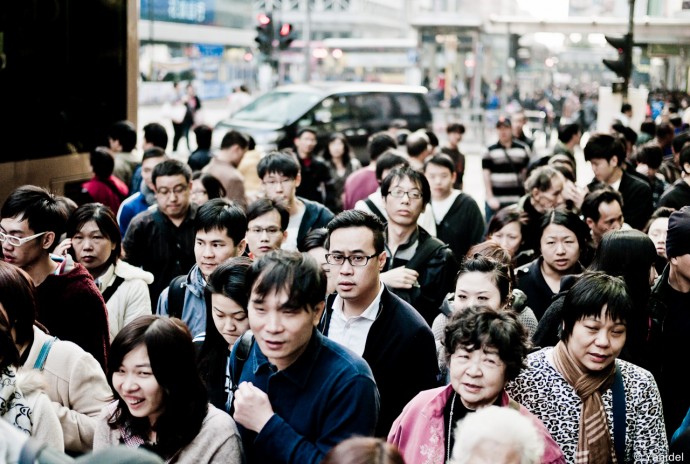 – the action happens very fast. Being so close to people, there isn’t much room for procrastination. You often can’t really stop in the middle of a sidewalk since you’ll interrupt the flow and people will push you around. It is also much harder to compose since people continuously enter and exit your field of view. The framelines of my rangefinder did help a lot though to anticipate traffic in and out of my field of view.

One of the few static scenes I witnessed. Still, the crowd is there in the background. 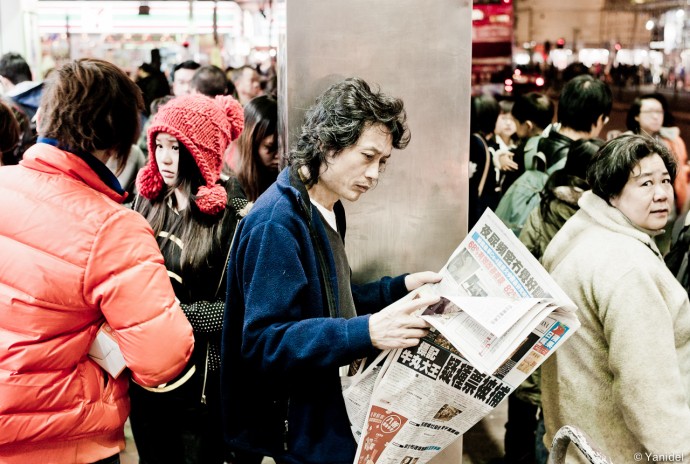 – The people of Hong Kong always look stressed and absorbed in their thoughts. Many won’t notice you are taking their picture, and when they do, they’ll simply look away or ignore you. I had a couple negative reactions,  but a lot of indifferent looks and a few smiles. 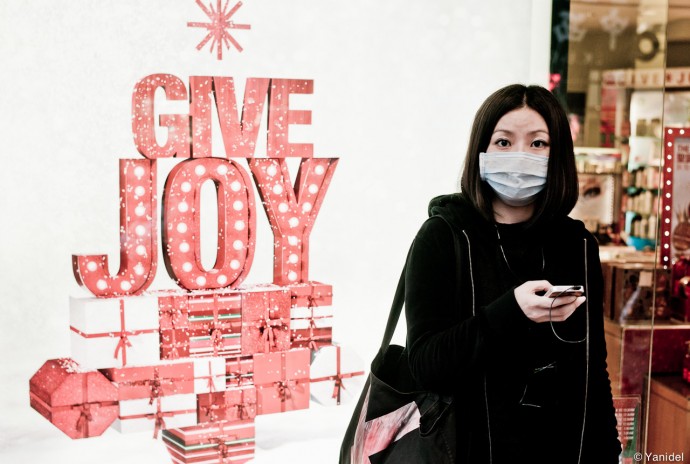 – Strangely, there wasn’t a plethora of interesting scenes. Hong Kong is basically a giant shopping center. Frantic shoppers and store front will tire you after a while. Heading to some specific markets (flowers, birds, fish, …), temples or more traditional parts of town are definitely an options to break free from the crowd for a couple of hours. 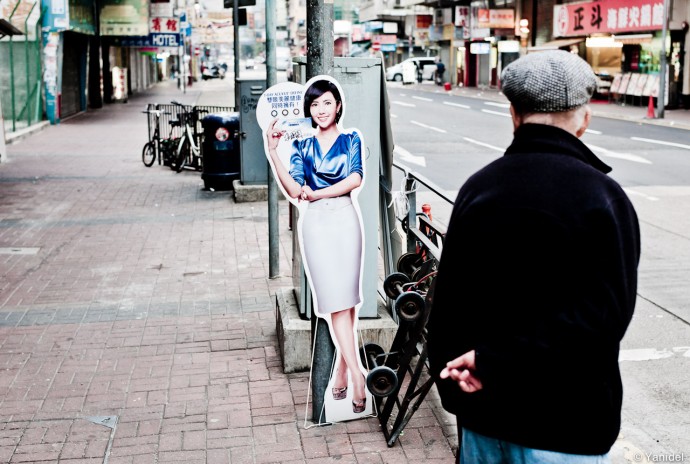 – A great thing about Hong Kong is that you get extended shooting hours. Indeed, the neon lights are so bright that you can keep good shutter speeds basically all night long. I shot mainly at ISO320, F1.4 and at speeds between 1/60th and 1/500th. A luxury you won’t get in many places around the world. 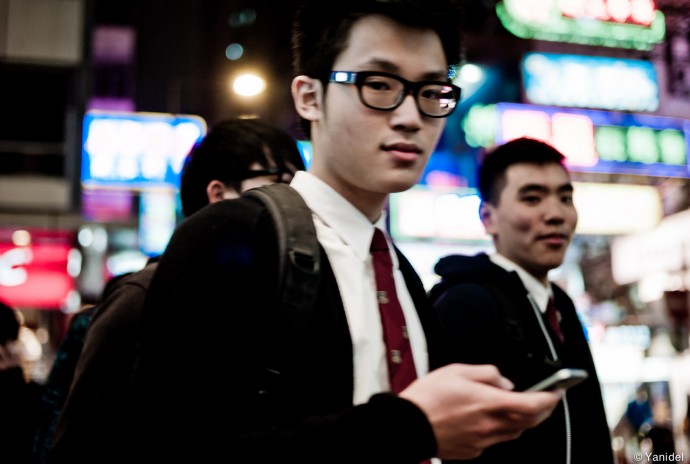 – Finally, this is the absolute worse place in the world if you suffer from G.A.S. (Gear Acquisition Syndroma). Equipment is cheap and you basically have a camera store at every street corner. (Believe it or not, I did resist the temptation. Well, that leather case for my Fuji X10 does not really count, does it ?)

Shan, one of the street photographers I met, did lend me his 28mm Elmarit for an hour … 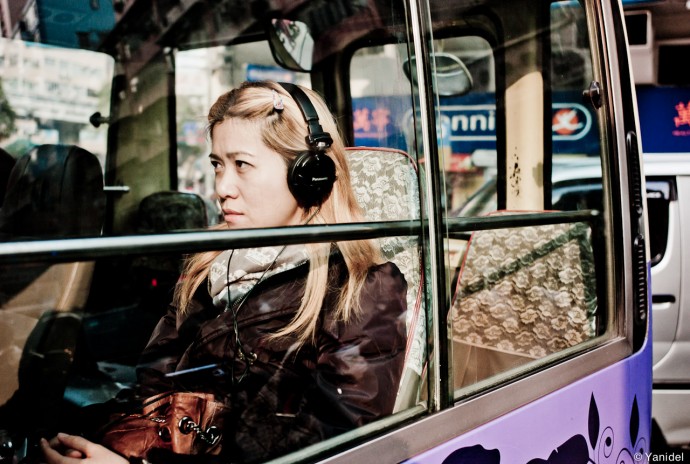 So if one of your trips involves a stop in Hong Kong, dedicate at least a couple of days to visit this amazing city. Not only it will be great to shoot as you shop. But you’ll be able to shop to shoot at the same time…. Isn’t that wonderful ?