Initially, I discovered Ova’s work while both of us where participating to the Street Photography Now Project back in 2010. Therefore when I had the opportunity to spend a weekend in Buenos Aires last month, I contacted him to go out for a shoot. And so we did, in the Soho like neighbourhood of Palermo It was a pleasure to learn about his insights on audio visual arts as well as humbleness towards his photography. Discover this interview of Ova Hamer, “a guy that just takes pictures.” 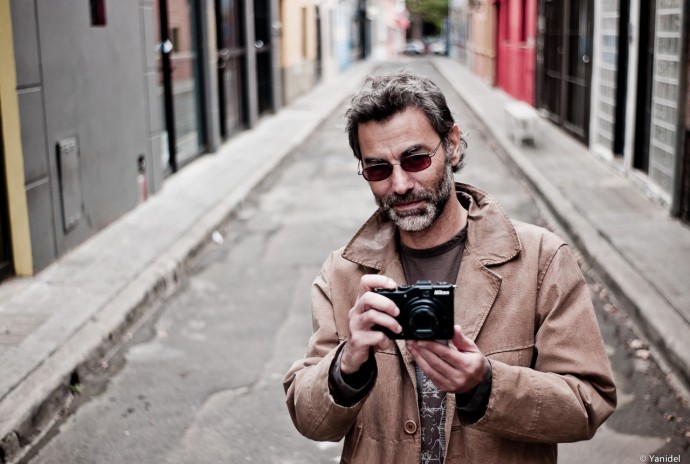 Ova with his Nikon P7000 in the neighbourhood of Palermo, Buenos Aires

1)You mentioned me that you do not consider yourself as a street photographer, but just “a guy that takes pictures”. Can you explain what you meant by this ?

Nowadays, it seems that we all are photographers. This being said, I do have a lot of respect for all the seasoned photographers, famous or not, that ofen have dedicated years of their life to photography. For that reason, I am cautious when asked to define myself and what I do. When I look at myself in a mirror, I just see a guy that takes pictures. I feel more confortable this way, probably also because it frees me up of any responsiblity and being labeled into a certain type of photography. 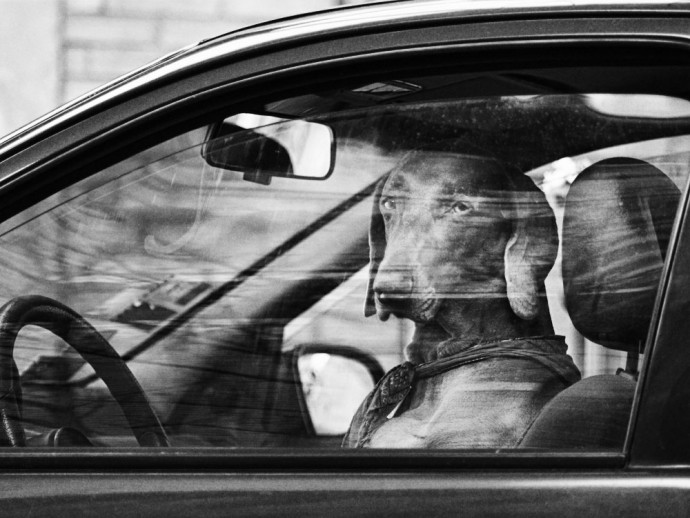 2) You have been in the audiovisual field (as a TV production manager) for more than 20 years, how did it help you to understand the basics of photography, and perhaps, to build your own vision in the streets ?

Previously to being a TV production manager, I dedicated myself to several Jobs and one of them was video editor. I learnt a lot about photography on site by looking at my colleagues and talking to them. Yet it was only in 2008 that I started to apply this knowledge when I began to shoot more frequently and slowly got into Street photography. I don’t think that my work in the audiovisual field has any influence in the pictures I take. And if there was any, it is probably due to the fact that I watched a lot of movies during my first years as a profesional (I used to go daily to the movies at some point). This being said, a long time has gone by since that period of my life whern I sepcifically wanted to be a film director. Nowadays, I just want to take pictures. 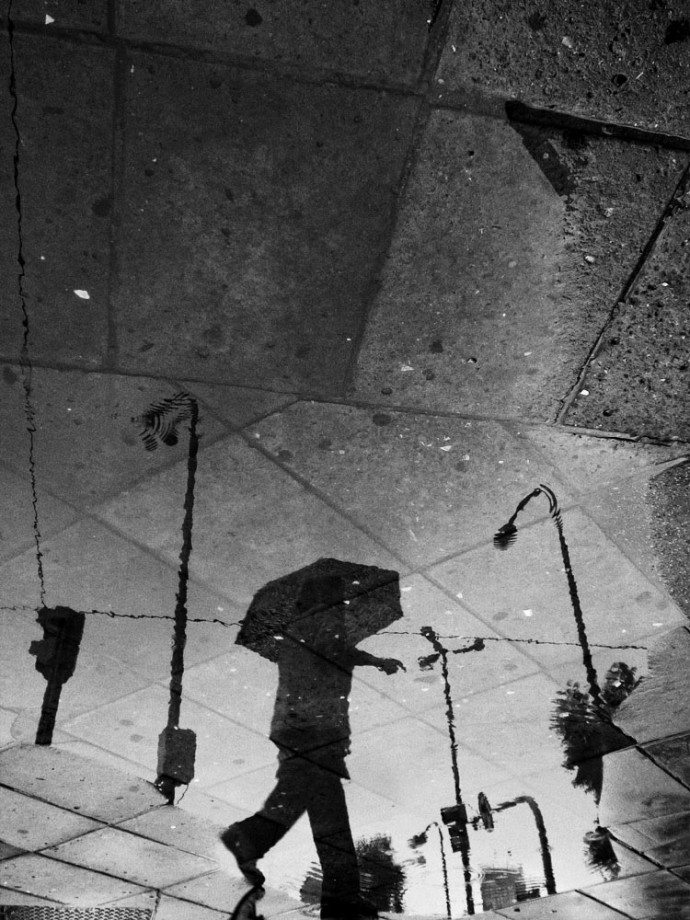 3) You toldme that you take “all kind of pictures”, meaning you don’t really stick to a mean (camera, processing, …) or a style. Why is it so ?

Photography is my playground, where I experience the most a feeling of freedom. I do whatever I want, however I want it, and whenever I feel up for it. I don’t feel like have to fulfill any commitment to anything or anyone, but to follow my own aspirations. As an example, I don’t shoot exclusively Street photography, but also enjoy urban o architectural abstractions. Of course, Street photography has my preference however, in general terms, I’d say that the street is my raw material.

With respect to my photographic style, I do not worry about it. I don’t believe I have any, or at least, I am not able to detect it. I prefer to free up from this idea. If somehow I build one over the time, this is fine, but I don’t go out with the idea to work on it. This is of no interest to me. The following quote by a great Russian photographer, Gueorgui Pinhassov, sums up pretty well my way of thinking :

“The power of our Muse lies in her meaninglessness. Even style can turn one into a slave if one does not run away from it, and then one is doomed to repeat oneself. The only thing that counts is curiosity. For me, this is what creativity is about. It will express itself less in the fear of doing the same thing over again than in the desire of not to go where one has already been.” 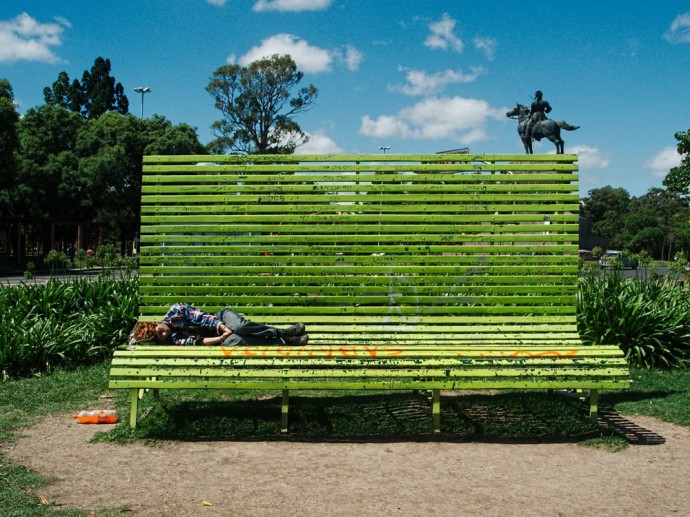 4) Many of your pictures have strong poetic and melancholic component.  Wanted or just what comes to your eyes unconsciously ?

Almost nothing of what I do (in terms of photography) is conscious, I am all about instincts. When something attracts my attention, I raise my camera, try to frame acceptably and click.. It can be about a scene, a person, a color, a special light or whatever comes my way. Somehow an alarm light turn on inside of me in a given moment and makes me want to record that instant. No picture is ever premeditated.

5) Saul Leiter came up as one of the street photographers you deeply admire, why is it so and does he influence the way you shoot in anyways.

Indeed, Saul Leiter is one of my favorite photographers. He has an ability to extract poetry out of scenes like few are able to. I don’t think it has an influence in my way to shoot but If I could inherit only 1% of his talent by some magic ways, I’d feel blessed.

6) You also enjoy shooting a lot scenes involving dogs. What attracts you in their behavior or interactions with humans ?

When I wander in the streets, I feel like a solitary dog. Therefore, it may be my own empathy towards dogs that makes me want to picture them. r, though I never owned one, I do appreciate a lot dogs and find them quite photogenic. 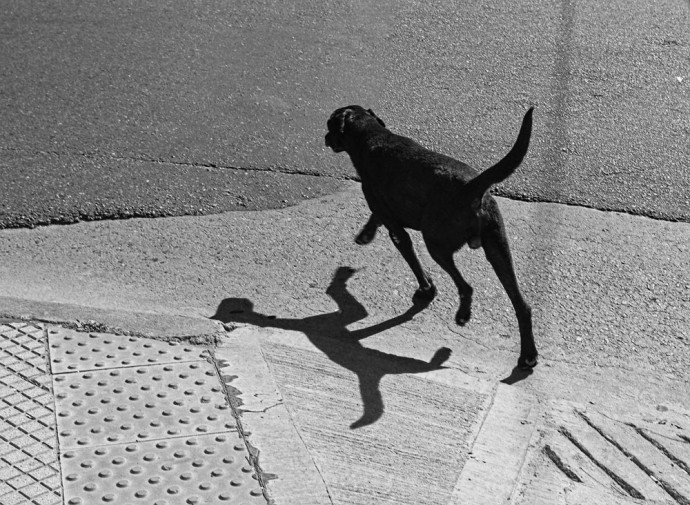 7) You ever hardly go out specifically to shoot street photography. Yet you carry a camera with you wherever you go. Time constrained or just letting the flow of life come to you ?

I estimate that 80% of my pictures were taken commuting from one place to another. So, yes, I very rarely go out with the aim to exclusively shoot. Yet, and since I live downtown Buenos Aires, many of daily activities (grocery shopping, bank, doctor, …) can be done by foot. So I walk a lot. I take my camera along whenever I feel like it and pull it out of the pouch in case my alert light turns on. Sometimes it doesn’t and it usually results in awful pictures. But every once in a while, I go back home with one that I do like. It doesn’t always have to be a wonderful one (they are few) but one that pleases me for some reason. When it does happen, I feel like I have had a good outing. 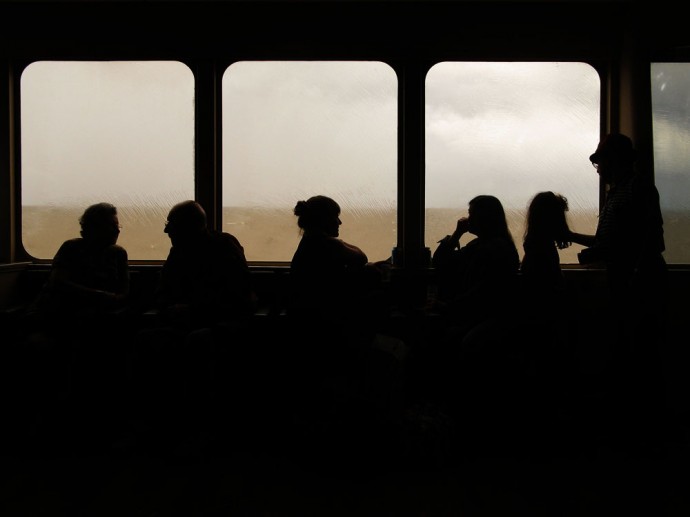 8) You own a Pentax K2000 but hardly ever use it as you prefer shoot with your compact Nikon P7000. Can you explain the reasons for that and how it influences your picture taking ?

I like to travel light. As I said before, I rarely go out with the aim to shoot Street photography, but always carry a camera. For that reason, it has to be one that I can be carry along easily, be it in my coat pocket or a small pouch. Small and light are my main criterias. A large majority of my pictures were taken with digital compact cameras (the Nikon P7000, but also a Canon and a Lumix). They all have manual controls, which I use a lot. For that reason, I prefer to call them digital compacts and not P&S. This being said, this choice of small equipment does generate some disadvantage and limits. The image quality is not comparable to a DSLR, and they do perform quite poorly in high ISO’s (at least the ones I own). However, this is a trade-off that I am willing to accept . I prefer to have a low end camera always with me, then a DSLR that stays mostly at home. In any case, I’d say that whenever you feel that your camera has become an extention of your hand, gear technical problems suddenly don’t matter anymore. 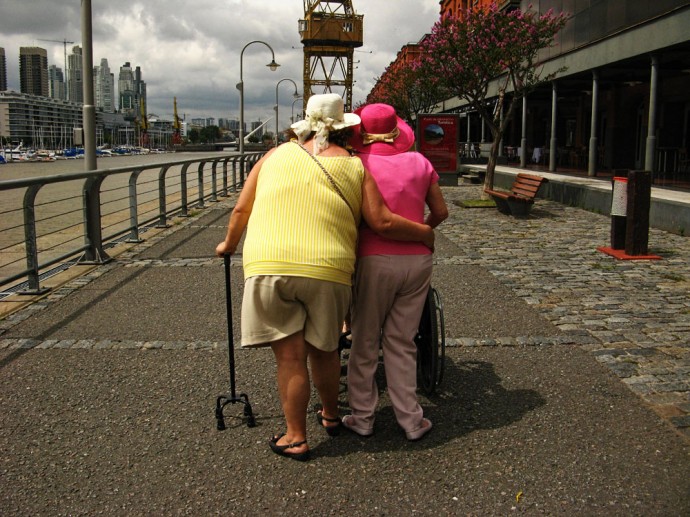 9) Buenos Aires is a wonderful city to shoot street photography. Nevertheless it is also known for its safety issues, how do you deal with it in terms of your personal security and to avoid any equipment theft?

Like any large city, there are areas that I would not recommend to go shoot. I live downtown where safety is not such an important problem, as it can be in other parts of the city. I also have to say that I have never been involved in bad experiences so far, nobody has ever tried to steal my camera. This being said, I can never walk in Buenos Aires as relaxed as I would do in London, Berlin or Madrid. Part of my attention is dedicated to finding pictures opportunities, but the other part is always scanning for potential dangers. Maybe it is just about me and a paranoid excess. A theme that worries me even more is the potential reaction of the people I photograph. Even though the people of Buenos Aires are, in general terms, quite friendly, there is often a thin line between a verbal argument and an act of violence. So I try to remain unobtrusive to avoid conflicts. I am really not interested in a hobby converting itself into rough experiences. 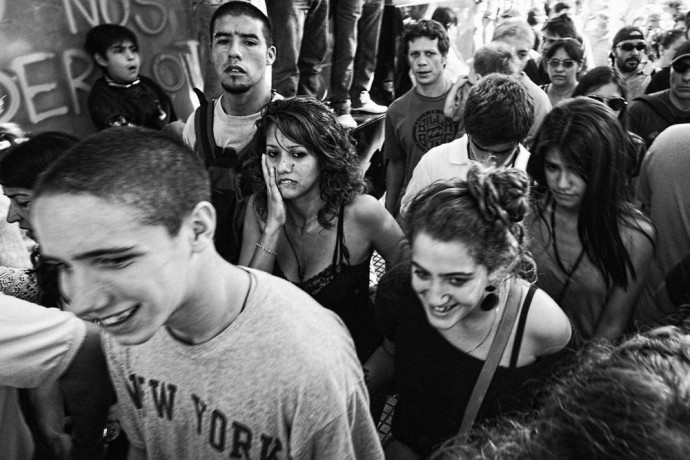 10) Thinking about street photography, answer in one word :

Morning, evening or night ? Whenever

Discover more of Ova’s work on his website :  www.ovahamer.com

Thank you Ova for participating and I look forward for another outing with you in a next visit to Buenos Aires.