I am honored to have been included in Complex's list of the The 50 greatest street photographers right now.

Like any of such listings, there is a big part of subjectivity, which leaves it open to discussions of who should have been included, and who should have not. There are hundreds of great street photographers nowadays and the fine line between making these lists is often not purely based on talent, but also how well your work is promoted. Hence the importance of the internet and social networks as tools to raise the awareness on your photography.

I know many street photographers will object that they are not interest in the internet or participating in social networks. Yet the rules of the game have changed. Nowadays Getty sells your pictures without having even met or talked with you. The number of photographers has grown so fast that we are inundated daily by pictures. So the odds of a very talented street photographer to stand out without some pro active efforts to promote his work through the internet are basically reduced to zero.

So, what's my point : a large majority of the street photographers that made this list have a large presence on the internet and social networks. Website traffic and # of followers/friends is somehow now a also part of the measure of a photographer's success. Right or wrong ? It doesn't matter because it has always been that way. Be it HCB, Capa, …., they were all networking beasts. The internet did not exist in their times but Twitter was the media houses and Facebook the local bars. Robert Capa even went as far as renaming himself with American name to raise the awareness of his work. In other words, the greats of the past worked as much on their networks as they did on their photography. The means were different, but the game is still the same.

I'll cover more on this subject in an article at some point. Meanwhile, I let you enjoy the listing since it is very well made with plenty pictures of each of the featured street photographer. It definitely can help you discover some work you had never seen before. The power of the internet.

(The picture is one that is featured on Complex's listing. I was happy to see it was part of their selection because it on my personal's favorite. Not a flashy one, but I think it perfectly describes the feeling of an afternoon walk by the Seine River in Paris on a chilly autumn day) 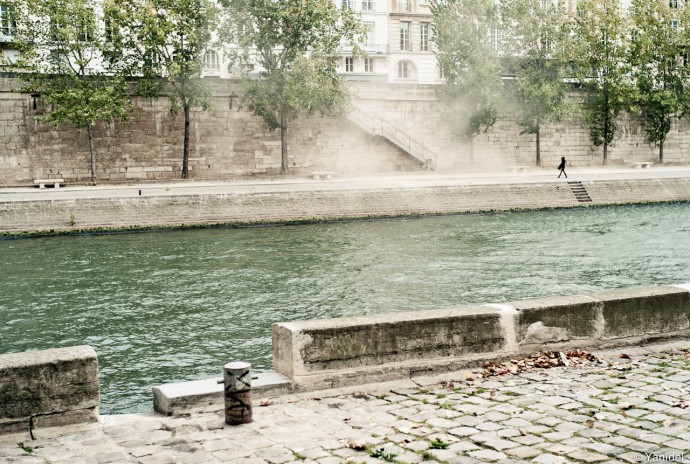