Depth is my obsession in street photography. Indeed, whenever I spot a potential scene, the first question that comes to my mind is "can I create depth with the available elements?"

Though depth is not always essential to produce a good street photograph, it will assist viewers to recreate a three dimensional space out of the two planes output by your camera. Or in other words, it will get the viewers closer to the spatial experience of the photographer at the time of the shot.

Here are therefore five tips to help you add depth to your pictures :

I) Add space behind your subject.

Adding space between your subject and the background will evidently generate depth. Note nevertheless, that space is relative since the choice of the focal will impact it by either compressing it (with a long lens),  or distorting it (super wide angle).

Had the shot below been taken from the front, there would have been no depth in that picture since this tailor was  located in a tiny and dark shop. By taking the picture from the side, I was able to add a lot of space between him and the farthest plane. More than a portrait of the tailor, the picture now provides information on this location. 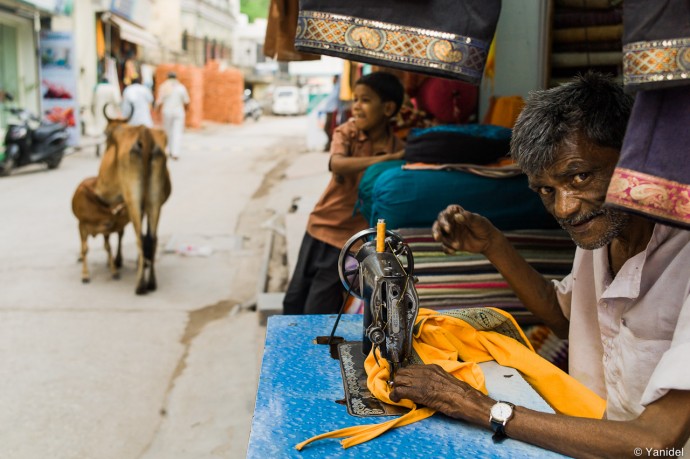 Incorporating a foreground, coupled with a subject and a background will help you create depth since your viewers will now have three clearly separated landmarks to recreate the dimensions of a scene.

The picture below has three planes. Note that the blur of the foreground and background further adds to the depth perception since it clearly distinguishes the main subject from the other planes.

To learn more about foregrounds  : 8 reasons to add foregrounds to your street photography 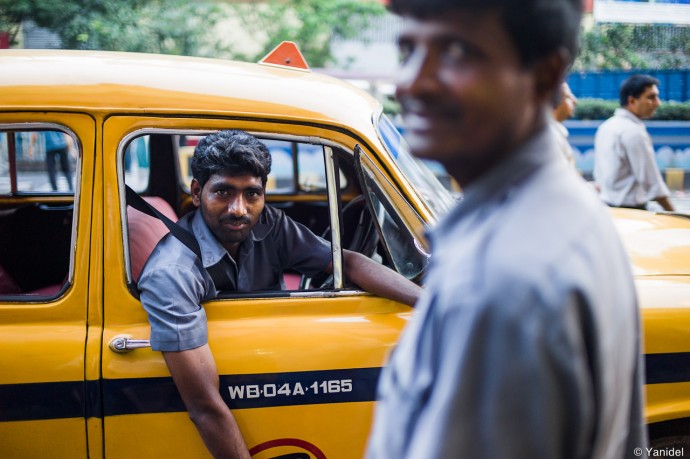 III) Include the farthest plane available

Be it the sky, sea, buildings or a street, try to always include the farthest plane available. Indeed It will help your viewer recreate the full space as experienced by the photographer.

Below are two pictures of a same scene, that is kids playing with water buffaloes. In the first shot, I elected to focus on the action and put as many elements as possible in the field of view. I compressed the space and very little depth can be perceived. 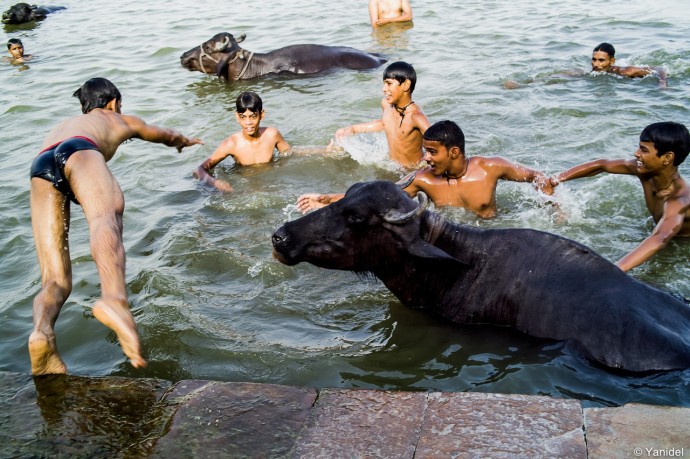 Meanwhile in this second shot, I made sure the sky (the farthest plane) was included to add a lot of depth to the picture. The effect is further enhanced by the inclusion of a very close foreground. This being said, does depth itself make the second picture a better one ? This is arguable. 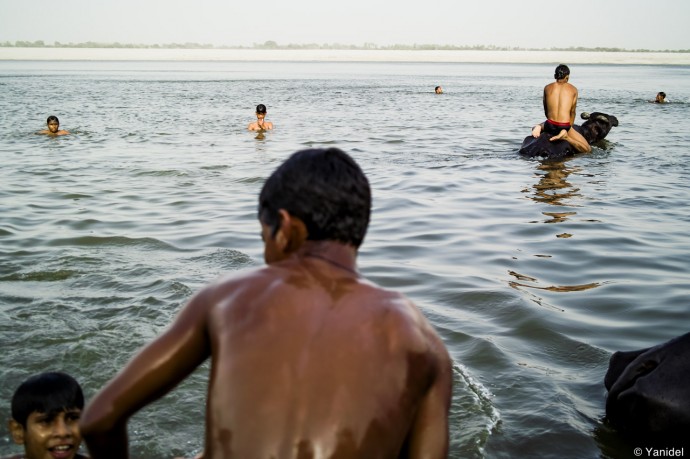 IV) Shoot from a high vantage point of view

A high vantage point of view allows you to go over your subject and give a direct view on the background. The different planes can now be viewer over the full height of the picture and depth is thereby created.

By  using a high vantage point of view on the following shot, I allowed the street to cross from bottom to top of the frame and lead to the horizon line. 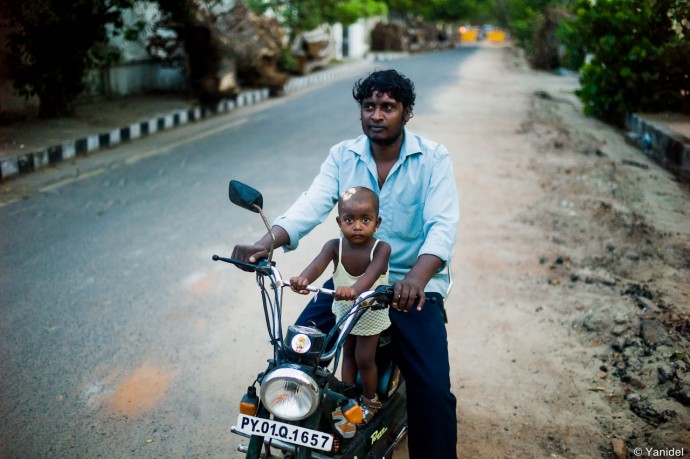 V) Use lines and patterns.

Repetitive patterns or converging lines can add depth to a picture, especially when they link the various planes. Streets, stairs, tiles and walls are all elements that are commonly used to create depth.

The stairs in the picture below add depth as they lead the eyes to the farthest plane. 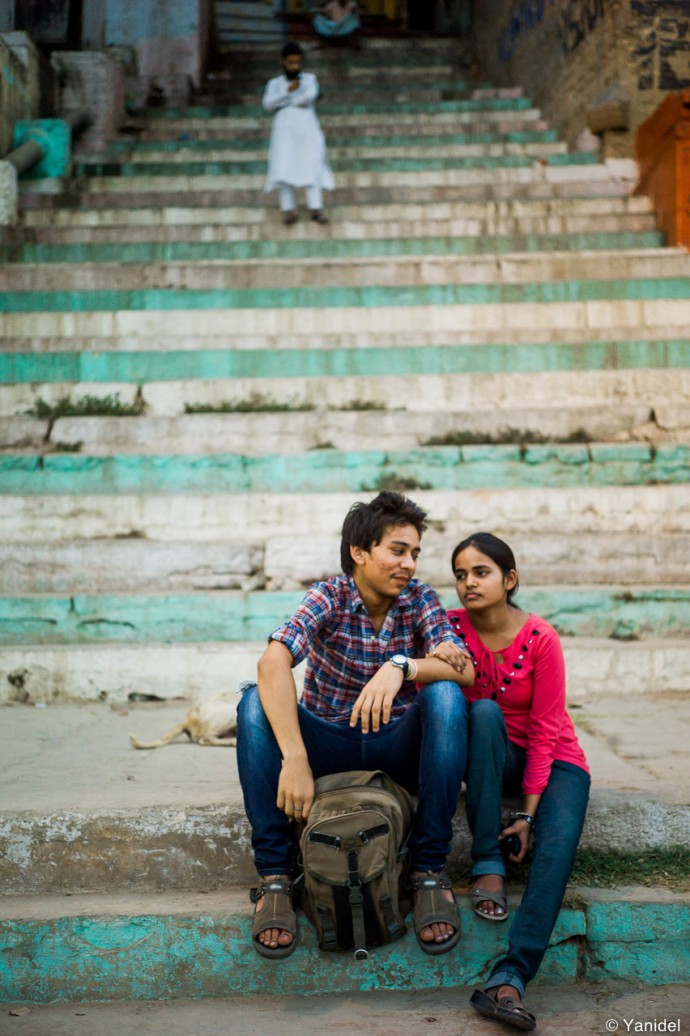 Lovers on the stairs – Benares, India

I consider depth as a key attribute of my style, yet it is evidently only one of the criterias that determine the quality of a street photograph. This being said, I am convinced that depth will add to a picture in 95% in the cases. So whenever you can include it in your pictures without compromising the core of the action, go for it