The use of foregrounds is a technique often seen in reportage, yet is somehow left aside in street photography. The reason for that ? It adds one more dimension to the already complex process of recording a candid scene (unlike reporters, street photographers have zero control on their subjects and surroundings). It is no more only about a subject and its background, the foreground now needs to be monitored. The decisive moment becomes a function of two planes, both in terms of composition and timing.

Putting its complexity aside for a while, let's therefore have a look at how a foreground can be used to enhance your street photography :

1) Give a sense of depth : A picture is a 2D representation of a 3D space. Depth is per say not present in a picture but can be added through visual tricks. Placing a foreground is one of them since it will detach the subject from the first plane.

The scene below could have been a simple 2D landscape of a sunrise in Pune, India. By adding the woman in the foreground, depth was added and an impression of three dimensionality is created. Note that it also provides a reference of scale and distance between the planes. 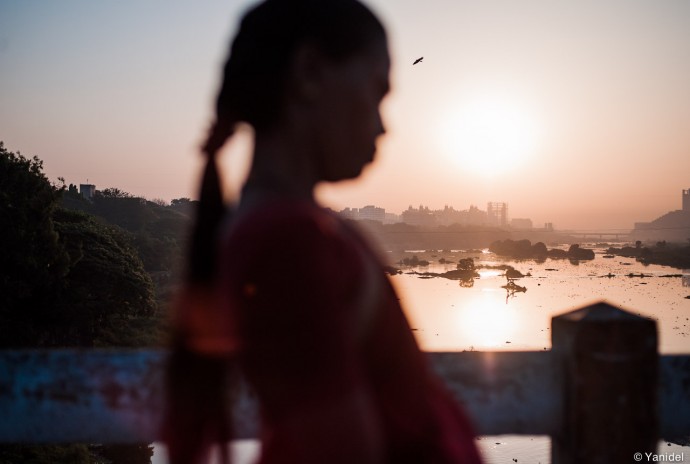 2) Add dynamism / movement : Your main subject might often remain static in a moving environment such as a crowd. A foreground can therefore help to give a feeling of movement, or dynamism, to your shots. Note that if you use a large sensor camera, foregrounds will usually result blurred since the depth of field is not be large enough to encompass both your subject and the first plane. This is good news because our eyes often associate blur with motion, adding to the desired effect.

I shot the scene below in two different ways. The first shot has no foreground and depicts a pilgrim praying by the Golden temple in Amristar, India. The location seems totally deserted. 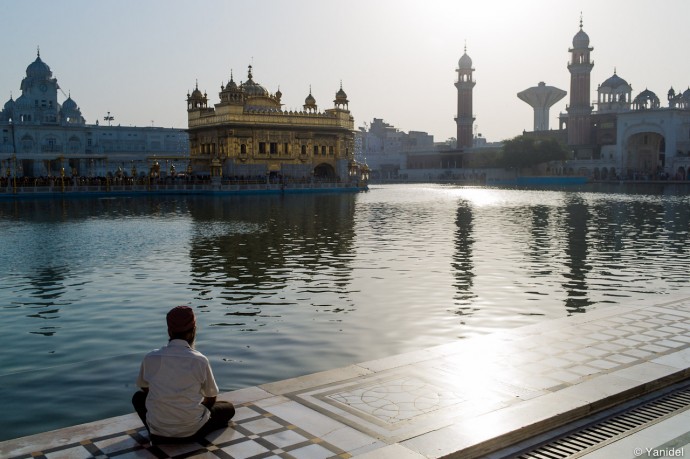 The second shot adds two pilgrims in the foreground which creates movement in the scene. It provides a better view on the atmosphere of that morning since thousands of Pilgrims were walking around the pond. 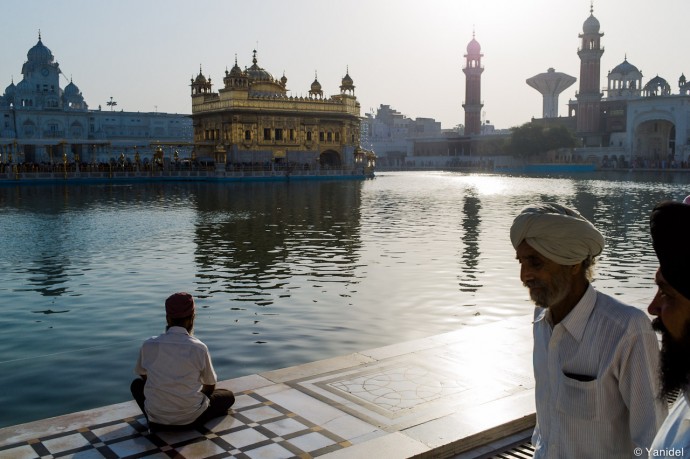 3) Provide information on the photographer's location: In what location was the street photographer when he took the picture ? In many cases, it does not really matter since the subject and his background are enough to depict a scene. Yet in some instances, a very close foreground can enhance a picture by providing extra information on where the shot was taken from.

In Pune, India, I was walking behind a wall when an opening allowed me to have a clear view on a cricket field. I therefore used that same wall as foreground since it both showed my location and the feeling of discovery I experienced at that moment. 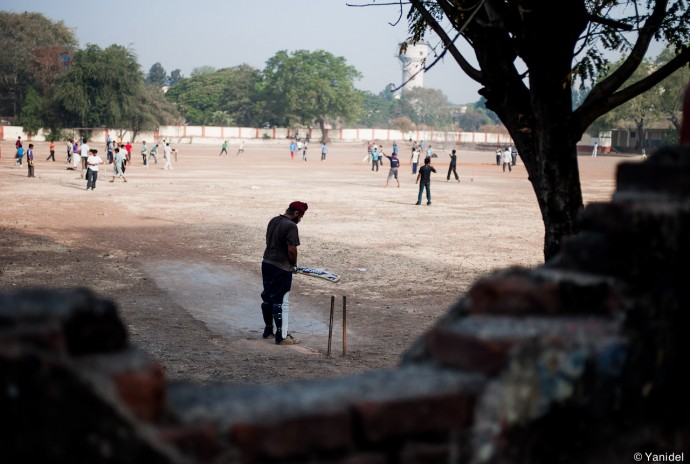 In this second shot, I was riding in a train in Yangoon, Myanmar. The woman was running to catch the train. The man in the foreground clearly positions the photographer as a passenger in a train. 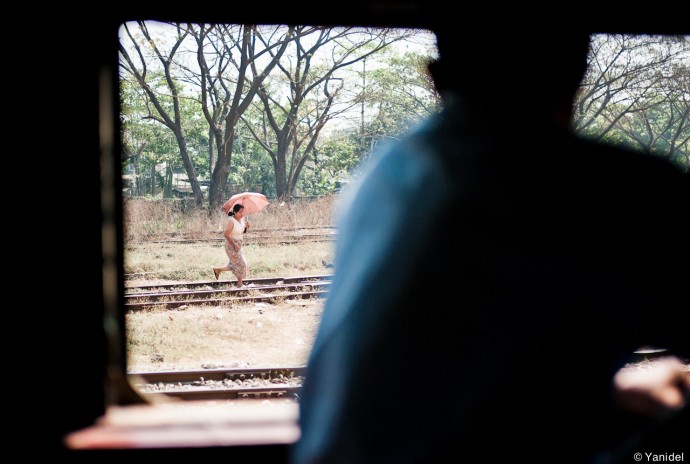 4) Create a vertical interaction :  Most pictures with multi-subjects interact following a horizontal scheme. In other words, they are located on roughly the same plane and the picture is read from left to right (or reverse). The use of a foreground adds the possibility of a vertical interaction, meaning that subjects now interact between planes. Obviously, it can also be easily done by combining a subject and its background.

The scene below depicts a woman contemplating bathers at the Monkey Temple in Jaipur, India. There is a vertical interaction between the woman and bathers which is enhanced by the glance of the man in the swimming pool. 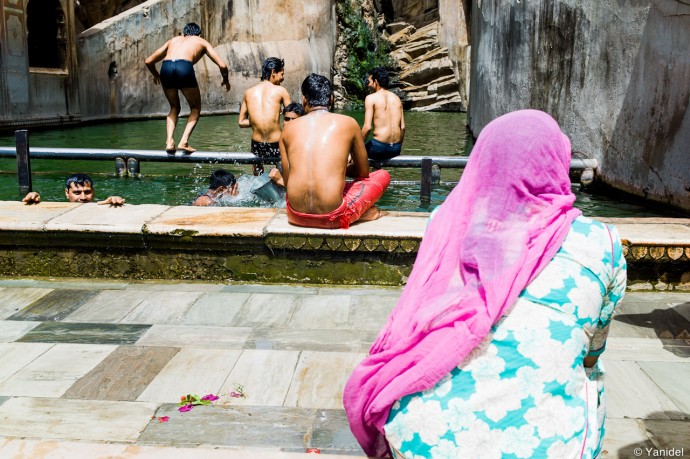 5) Hierarchize subjects : When a picture has several planes, the use of a foreground (or background) can help hierarchize the importance of the subjects as perceived by the photographer. If your foreground results blurred, this hierarchy will be further enhanced as your eyes will be directed to the subject in focus.

The expression of the woman in the picture below is the key of the scene. Her kid adds an element to her story, yet your eyes are directly led to the woman's face. 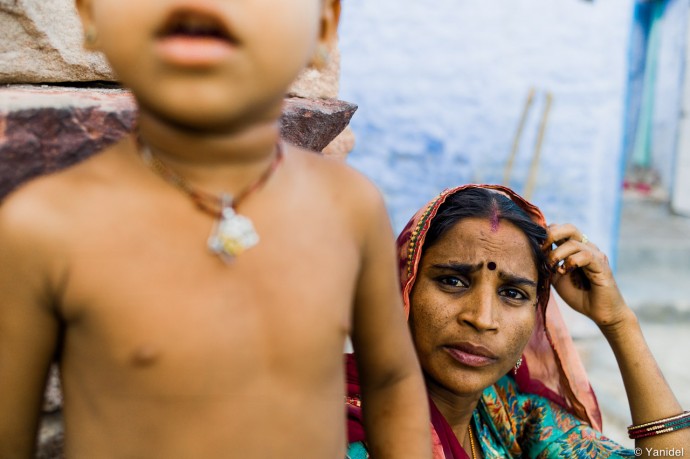 The same analysis is valid for the following shot. Our eyes are lead first to the kid whose glance brings us back to the foreground. 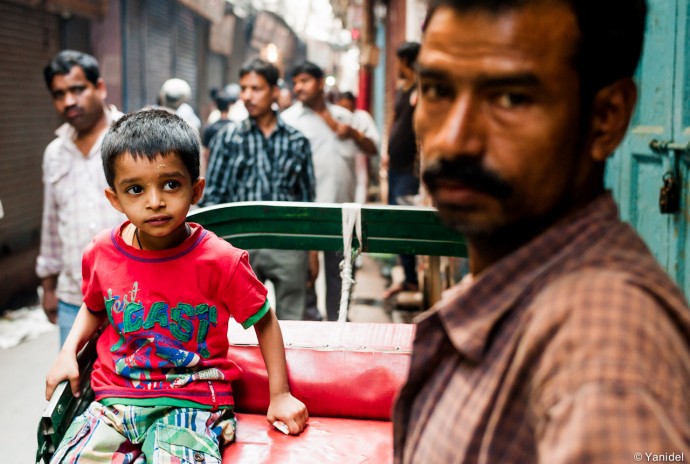 6) Compose out of the box :  Classic compositions always work, yet they might sometimes feel a bit too cliché or déjà vu. Adding a foreground might help you to venture out of the beaten paths and add some creativity to your street photography.

The shot below is pleasing in terms of colors and subjects. Yet it is a classic composition and probably has been done many times with slight variations. 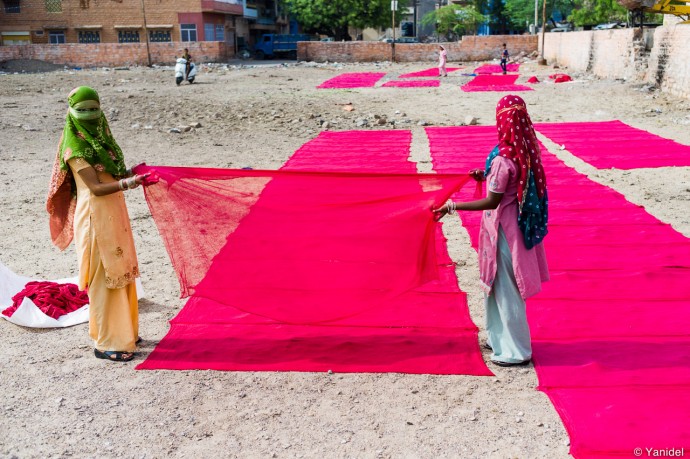 By adding an improbable foreground, the shot takes a new dimension and dynamism. The viewer now finds himself analyzing the picture and trying to understand what is really happening. The main subject remains the two veiled women but something else is going on in this scene for the viewer to discover. 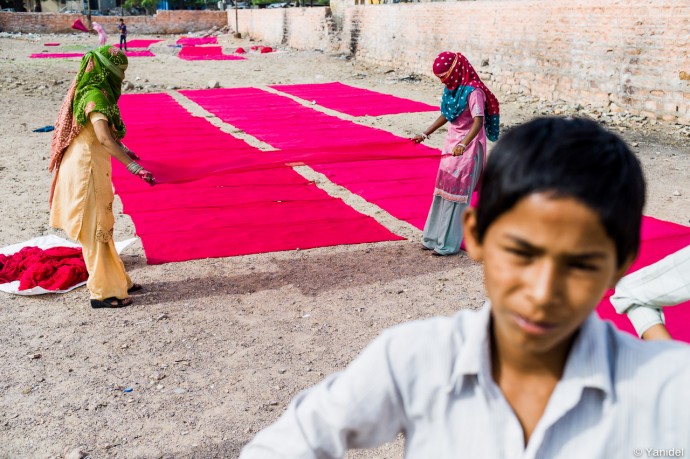 7) Improve aesthetics of a shot : The addition of a foreground is sometimes a purely aesthetic decision. The picture just looks better this way. There is no connection between subjects except in terms of mood, atmosphere or light.

The picture below was an instinctive snap. I was attracted by the reflection of the light in the man's hair which I thought gave a good counterpoint to the sunset. The main subject of the picture is obviously the cows laying in the middle of a Jodhpur street. 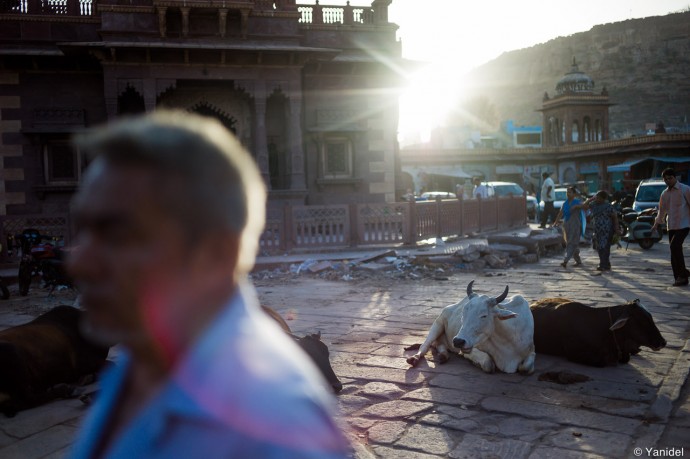 8) The hand of hazard : Finally, let's mention the hand of hazard. When readying for the decisive moment, some unwanted foreground might suddenly force their way into your frame (especially for those of you that don't use rangefinder 😉 ). 99% of the time, the shot will be ruined, but every once in a while, you'll get a creative keeper.

Ok, I admit it, I did not anticipate the girl running into my frame in this Sydney street. I would not have kept this shot if she had not entered my field of view. 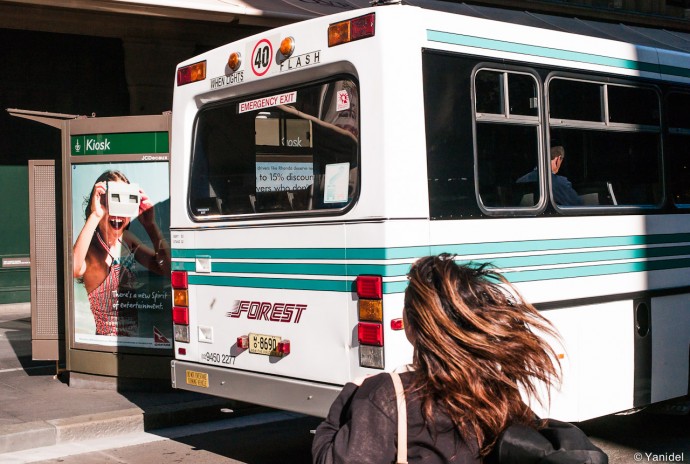 So, convinced that foregrounds can help your street photography ? Hit the street and start practicing. Be ready though for a huge failure rate at the beginning, the decisive moment is now longer on a single plane.