Digital photography brought the capability to review instantly your last shot. While at first sight it seemed a wonderful feature, it actually ends up in diverting your attention from the most important, that is the action occuring around you. Indeed think about all the street shots that you lost because you were looking at your LCD instead of concentrating on your environment. Quite a few ones, right ? Add to that the resulting battery drain and the “on the fly” deletion of potential keepers and you’ll conclude that chimping has actually more drawbacks than advantages in street photography.

There are obvioulsy simple and effective ways to avoid chimping such as power of mind or buying a half case for your camera. Yet in the first case, some of us (I include myself in that category) simply do not have that power of mind and implacably end up hitting the “play” button (even on days when we strongly commit not to do it). In some ways, it has become second nature, fingers automatically looks for the review button as soon as we take a shot (or worse, some have automatic review activated). As for the half case solution (or LCD cover), it slowq down access to the LCD screen when in need to alter or activate key functions (format card, ISO’s, battery level, etc …). Apart from it, it also adds thickness to the body which can significantly worsen the ergonomics of your camera.

Therefore, in a last attempt to get rid forever of chimping, I decided to stick a piece of black tape in the middle of my LCD screen (see picture below, thank you Miguel T. for the suggestion!). The advantages of the centered black tape are two-fold :
– since it is located in middle of the screen, it will par any attempt to review your shots. Say good-bye to chimping.
– it will still allow you to navigate in the key menus of your camera. By leaving some space around the black tape, you make sure that you can still get a sense of where you are located in the menu system. Obviously, the positioning of the black tape might differ depending on your camera’s model.
– the black tape can be removed easily and without damage to your camera in case that this solution does not suit you. (note that I do use a protection screen over my LCD).

If you also do suffer from chronic chimping, give it a try. It came to me as a relief, I can know concentrate fully on the shot to come, and the one I just took. It also made the discovery of my shots on the computer after an outing a much more enjoyable experience. 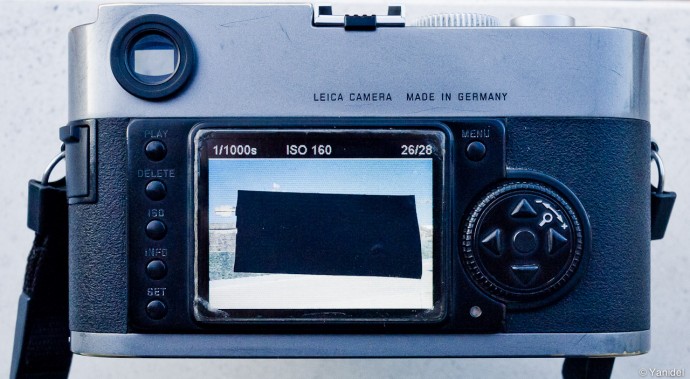 Note : Did you know that “chimping” comes from the term “Chimpanzee” ? Indeed, according to Flickr, its defintion is the following :

“a colloquial term used by photojournalists because the photographer’s sounds and actions of reviewing frames on-scene appear similar to the actions of an excited monkey.”

As for today’s picture which was taken in Cascais, let’s say that I am fully devoted to surrealism in street photography for a whole week… 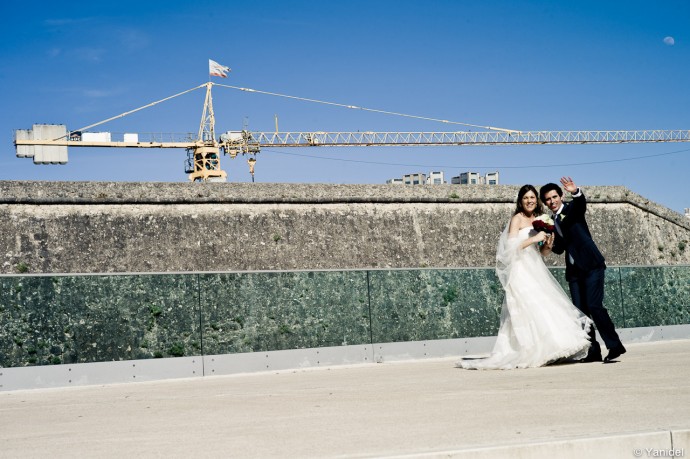