Thinking retrospectively about why I found Mar del Plata such a wonderful place for street photography, I came up with a list of 10 reasons :

With a population slightly below a million inhabitants that increases by about 50% in summertime, Mar del Plata is a large city. Street photography is obviously easier in such a metropolis than a little town of 500. Opportunities are all over the place in Mar del Plata and you’ll find a great diversity of situations and scenes. (click on pictures to enlarge) 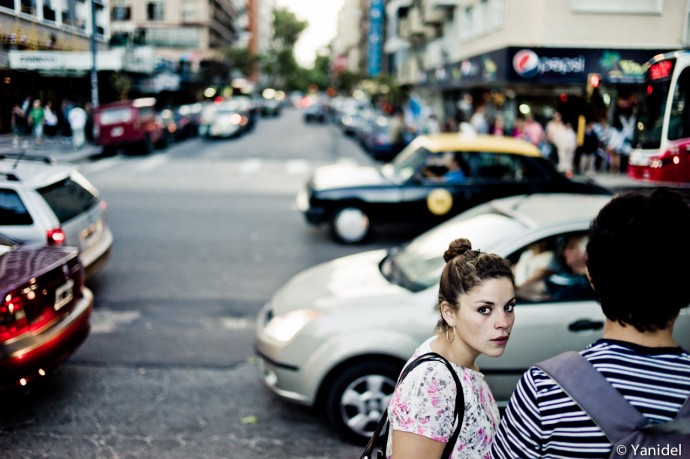 The best way to describe Mar del Plata’s cityscape is probably to portray it as a mix of New York and an Italian beach resort such as Rimini. High rises facing the sea, large and straight avenues forming square blocks and bays surrounded by cliffs. Part of the city also reminded me of San Fransisco due to his steep avenues leading to the sea. Mar del Plata also boasts a very photogenic harbour, as well as less fancy neighborhoods will also give you an hindsight on life in a normal city of Argentina. 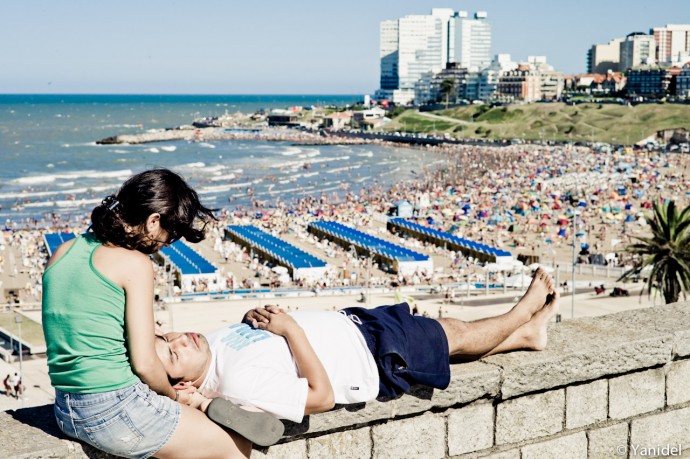 Let’s face, Mar del Plata is crazy in summer time. Beaches are so overcrowded that you’ll have a hard time to find a place to settle your sunshade and towel. Yet if you are an admirer of Martin Parr, that place will be perfect to experiment with his style. Feeling a little adventurous? You might attempt a few surfer shots, though obviously your equipment might suffer. Life also happens within the city blocks as thousands stroll through the center is search of restaurants, shops or night shows. As for the subjects of your pictures, the sea resort brings all kind of very interesting characters. People come to Mar del Plata to have fun and so expect some pretty rare situations. 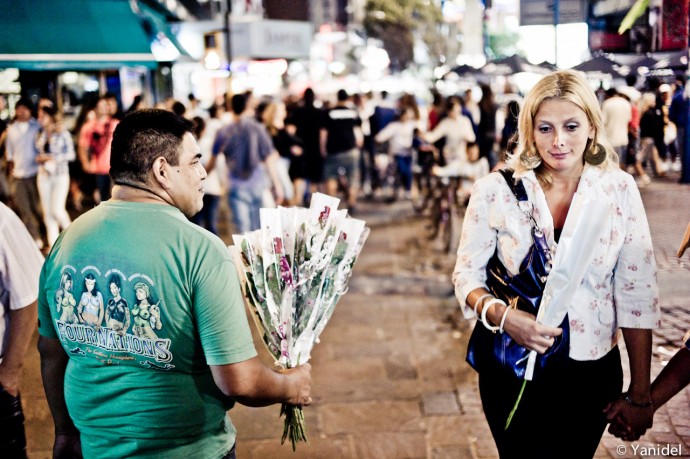 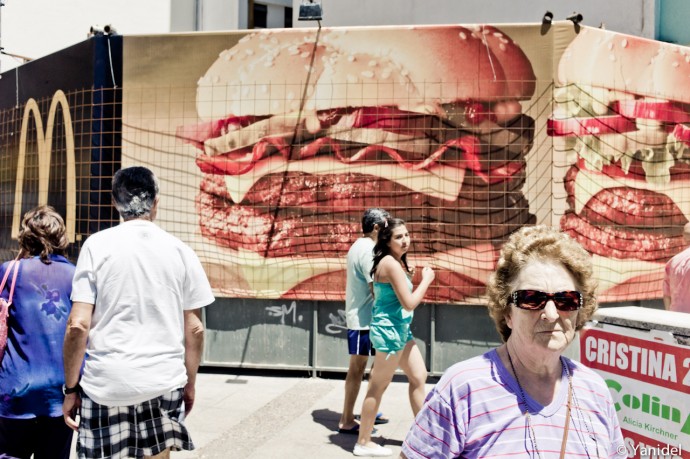 5) A mix of modernism and mid twentieth century looks.

Some might call it exoticism, but I find these old vintage Argentinan cars to be very photogenic. You’ll still see many of them in the streets and they often make great shots opportunities. Similarly, while most of the town is very modern, you’ll still find blocks or neighborhoods with that old decadent style which almost makes you feel that time stopped 50 years ago. 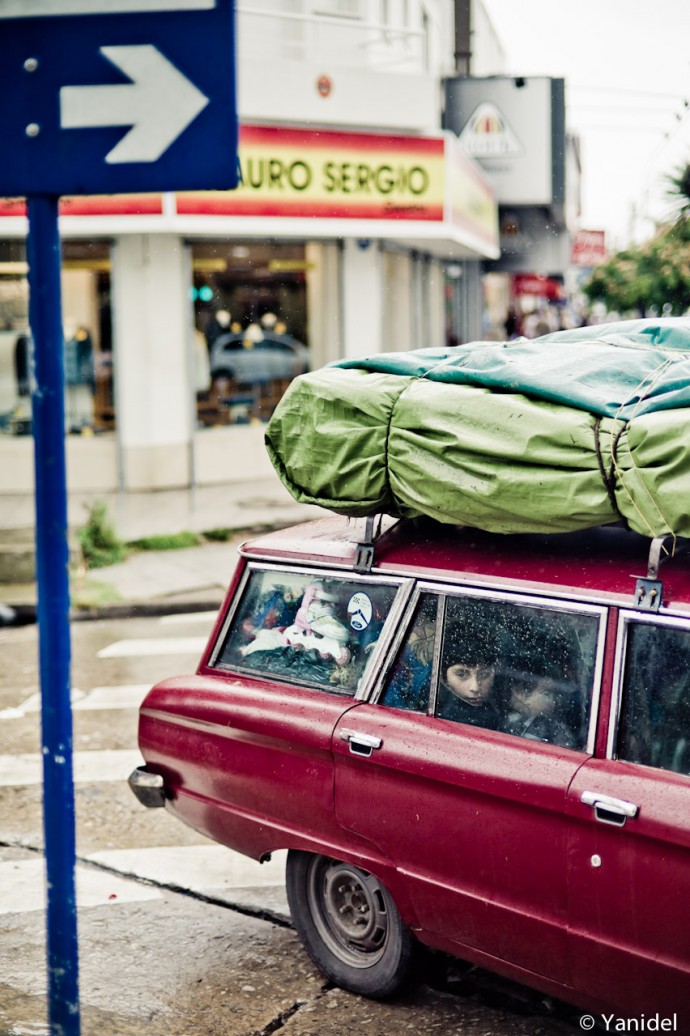 Though I stayed only for two days, I was lucky to go through quite a span of light conditions. Light is very harsh during the day, and it will create great shadows at the base of the numerous high rises, similarly to New York. The beach and sea reflections will also open up a wild array of shots, and even a rainy day will combine perfectly with the colors of the city. Sunset will see some streets illuminated as sun rays find their way through the high rises of the cityscape At night, the numerous theater lights and giant billboards will almost make you feel like on Broadway. 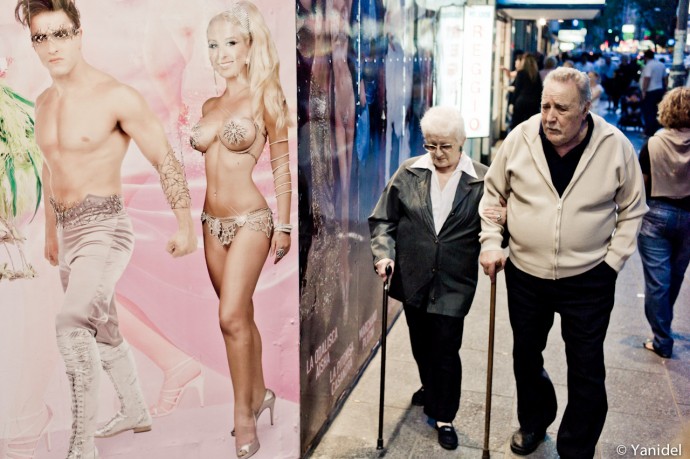 Evidently, it is much more fun to shoot in Mar del Plata weather then let’s say Moscow’s. The weather is great in the sense that it is never too hot and never too cold. This is probably due to the mild Atlantic waters that allow the fresh breeze to maintain the temperature in the 25 to 30 degrees range. It does cool down at night and a rainy day will have you wear your jacket. Winter is moderate, no snow but I was told that it gets pretty cold there too. Remember that the South Pole is not that far from Argentina. 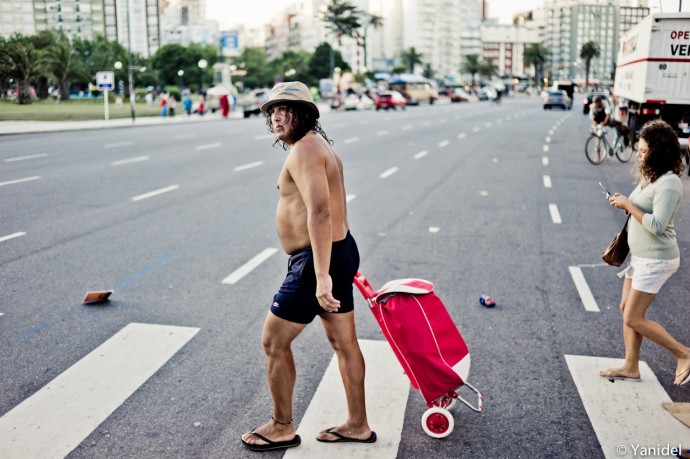 The trouble with many Latin American metropolis is that security is often an issue, even in city centers. Theft and even assaults might put off many street photographers, especially when you wander with equipment that might be expensive. I found Mar del Plata to be very secure with a strong police presence, even when walking in less concurred areas. Nevertheless, like any city, Mar del Plata does have its less favored areas, so stay cautious when you stroll outside of downtown. 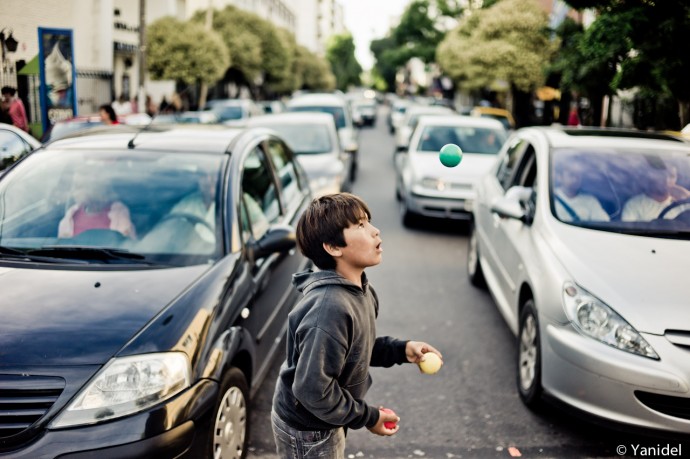 All the people I interacted with where very friendly. I guess people on holidays feel more relaxed anyways. As for locals, they were all very open and never refused a portrait. I never got into trouble while shooting without permission, most people answering with a smile or engaging conversation. Obviously, if you do shoot on the beach, be careful as not all people do like to be shot half naked. I myself avoided it in Mar del Plata though I did experiment it without issue in a similar atmosphere in Villa Gesell. 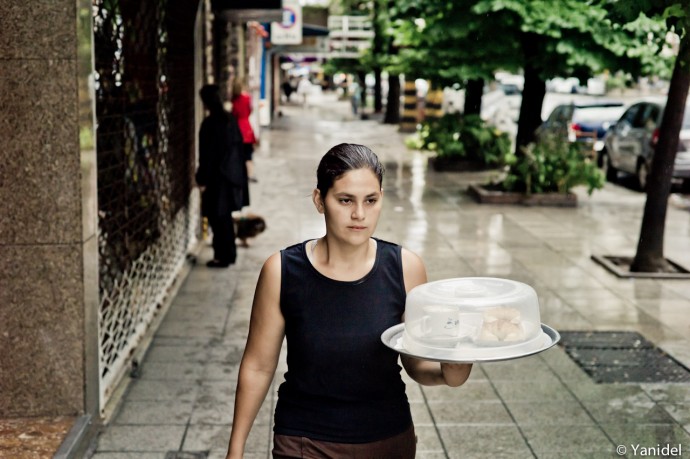 Unless most sea resorts in the world, Mar del Plata is mainly the destination of Argentinians. You’ll cross path with a few international tourists (mostly from surrounding countries) yet it will provide you with a great immersion in the every day life of Argentinians on vacations. 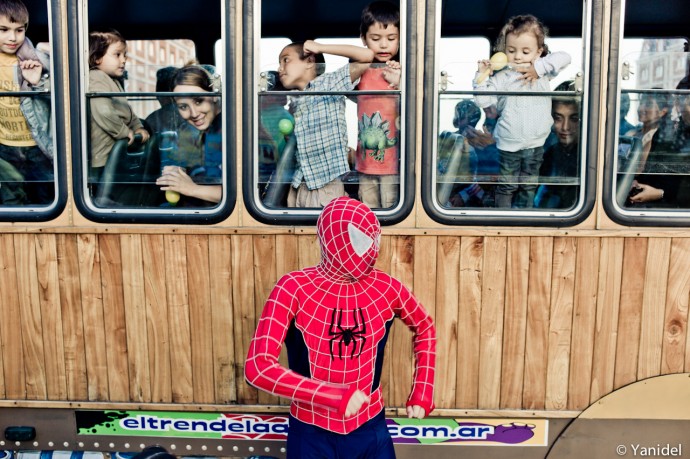 Next time you’ll have to pick a destination for your vacations where you want to combine street photography to beach time, consider Mar del Plata. The extra airfare cost will be compensated by the lower cost of lodging, food and entertainment. You’ll get an authentic experience of vacations in a Argentinian resort and a very fertile ground to go out and shoot. Definitely a little paradise for street photographers. 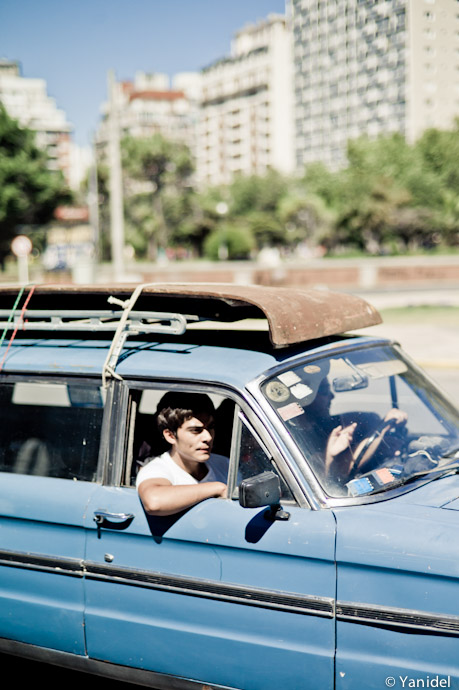