Early morning on the docks of Rosario. A few old timers and kids comings and goings presage a miraculous fishing. And it is, the lines pull out out of the brown waters one fish after another. Some will be sold instantly for a few bucks, other will be granted a new freedom and most will end up momentarily in a puddle, creating an odd landscape with the city center. (click on pictures to enlarge) 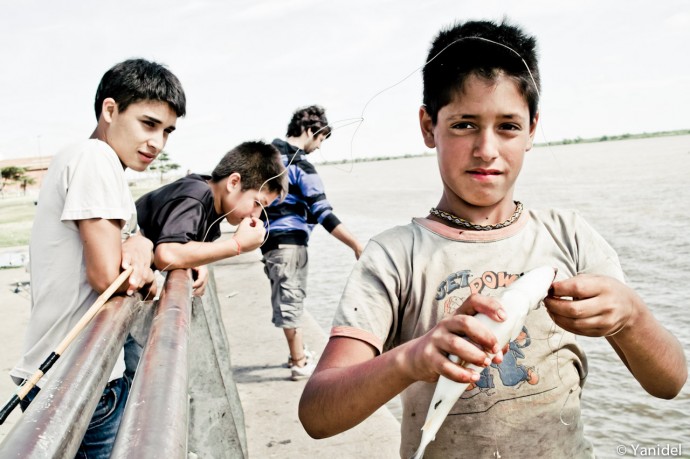 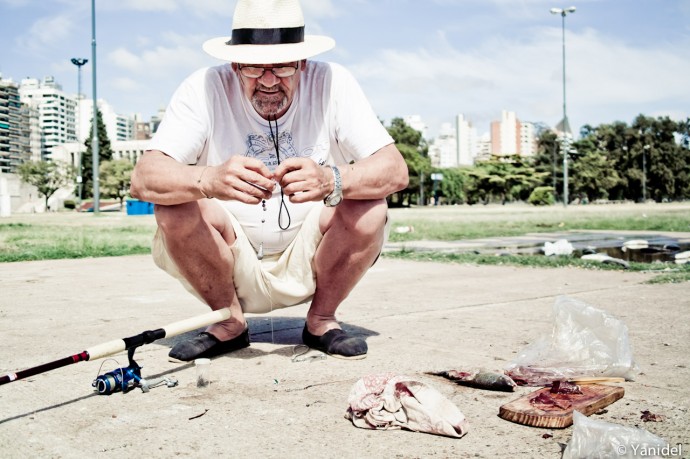 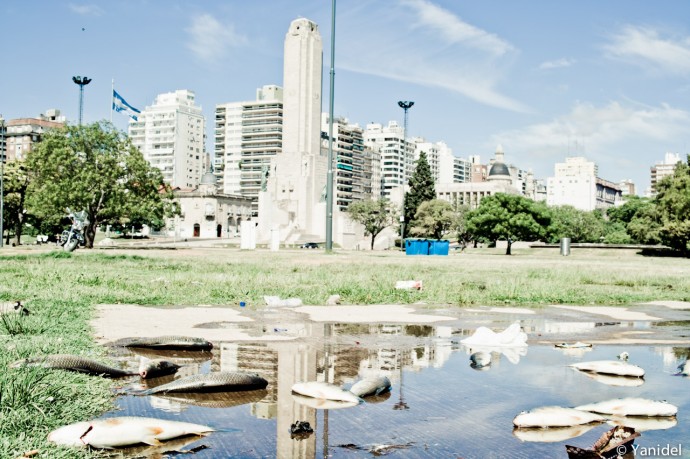