For the last five years, I have mainly shot street photography with 35mm and 50-60mm lenses. While I believe it has been a combo for shooting the streets of Paris and other cities, I feel like experimenting new avenues here in Argentina. And since Rosario is a street with a lot of narrow streets and high rises, I thought the use of an ultra wide angle could suit it quite well.

I therefore intend to shoot exclusively the streets of Rosario with a 24mm lens over the coming months.

I don’t really have a strict timeline for this project, 6 months, 12 months, maybe more. I also pledge not to crop or correct the lines of my pictures during this time. Indeed, one of the main characteristics of 24mm lenses is the strong distortion it generates, and while it can be corrected in post processing, doing so removes one of the “raison d’être” of such tool. Similarly, getting very close is often a must with a 24mm lens (the picture below was taken at 1 meter from the subject), so cropping would be an easy way out when failing to do so.

So, here we go, the 24mm “Rosario” Project has officially started. 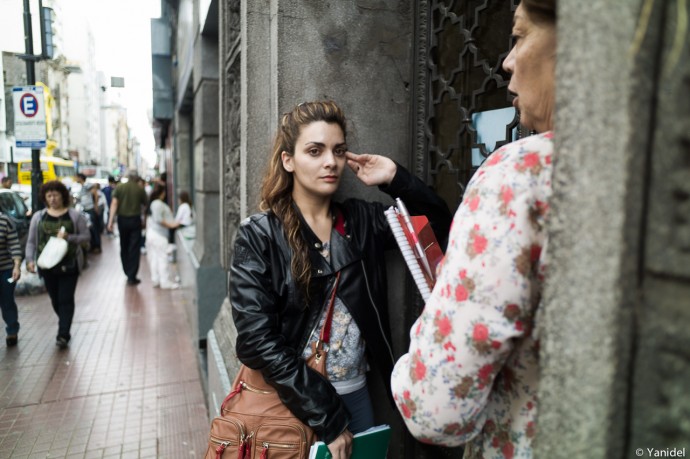