Yes, my 50mm Summicron is broken…. While in Calcutta, as I mounted my 50mm Summicron on my Leica M9 to take a picture, I realized that the aperture ring did not move the blades anymore. Yet, that was not it, the focus ring would no longer move past 10 meters either. Strange coincidence isn't ? Note that I did not drop the lens, so I wonder if this could be the effect of the high humidity in Calcutta ? Anyways, if one of you is an expert in lenses, any comment will be appreciayed.

This obviously also means that I am now back with one lens only, that is the 35mm Lux Asph. Not a big deal, it is the best one. But I do admit that the 50mm would have come handy in Pondicherry as the city has large and calm avenues as well as a long sea front promenade. The 50mm would have been great for some compressed scenes here.

The picture below is the last one I took with the 50mm Summicron. Some of you might detect the influence that the works of Saul Leiter and Ernst Haas had on this one, a conscious one. (click on picture for high res) 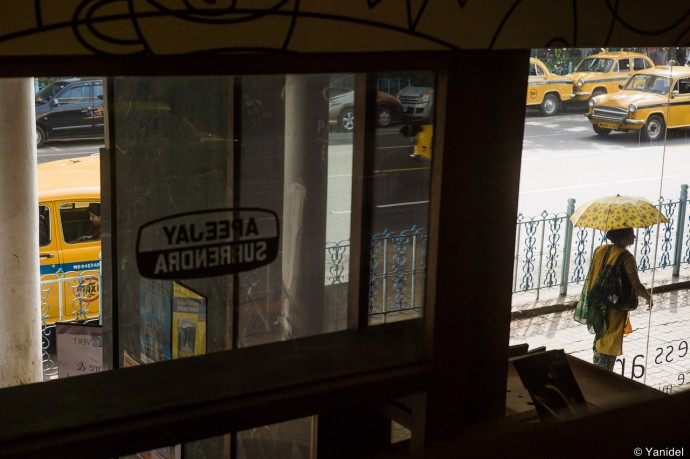