I met Nathan in Bangkok, introduced by fellow street photographer Michael Bialecki. I thought I was the tallest street photographer ever, but to my surprise, I now know there is at least another one. Just imagine the two of us wandering in some humble neighbourhoods of Bangkok and trying to get some candid shots in tiny streets. Obviously, we did not get many but, still, I had a great time with Nathan. It was not only a pleasure to learn about some of his travel experiences but also to see him work in the streets of Bangkok.

So please find below an interview of Nathan, illustrated as usual by pictures he took during our outing in he streets of Bangkok. 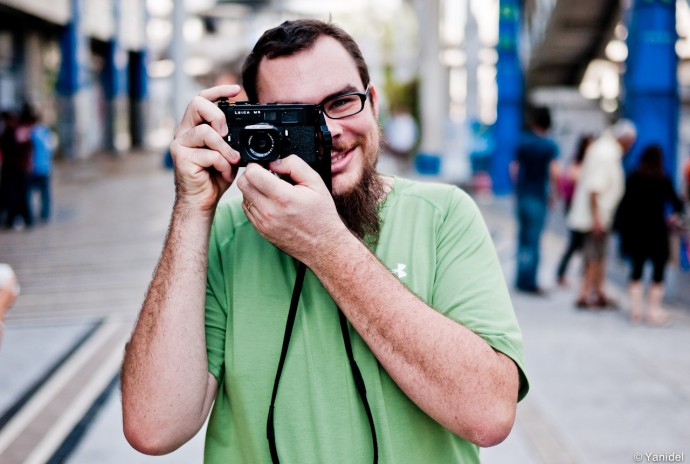 1. Nathan, this is the first time I met a street photographer as tall as I am (198cm / 6'4''). There are some challenges and advantages that come with it when shooting, some please let us know how you deal with it and use it in your style ?

I'm sure there are more tall photographers out there, but I've only met few. I think there can be some unique challenges in being as tall as we are. Primarily height can be extremely intimidating to our subjects, especially in Asia where it's much rarer to be over even 182cm/6ft. This can be exacerbated by the inability to verbally communicate when traveling in a foreign land. One must often depend solely on body language in these situations, but being so tall makes it that much more difficult. In addition to intimidating people I realize that in most places I travel I never stand a chance of being able to capture a candid, uninfluenced shot before someone notices me. I have to work backward, starting from them seeing me and develop an unspoken trust until I blend into the background the same as a chair or a wall. Essentially just letting people become bored with you. Often I become bored before they do, but I'm always working on my patience. This allows me to still capture that candid shot that someone smaller might have been able to take without having to spend as much time with the subject. Of course one can't always shoot this way and each photographer regardless of physical stature must use a variety of techniques to capture their subjects. 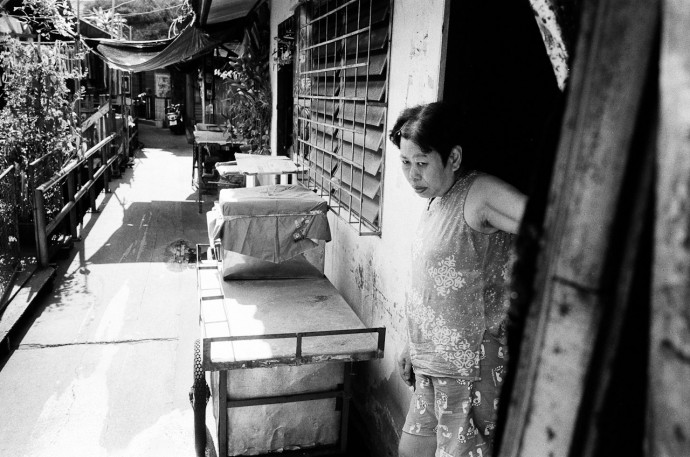 2. You are a big traveller and seem to be looking for areas outside of the beaten paths. You also mentioned that you would love to be a war reporter. How do you include these specifities in your street photography?

I don't know if I would love to be a war photographer. Certainly there is little to glorify in the grizzly world that photographers like James Nachtwey, Robert Capa, Larry Burrows and Tim Hetherington capture, but they tell visceral stories that must be shared with the world. I guess being a war photographer is the last vestige of a stupid childhood dream. As a child I heard and idealized stories from my father, a Marine Vietnam war veteran, which helped to influence me to join the United States Marine Corps at age 17. Through shear coincidence I never managed to serve in a combat zone like I had dreamed of. That's for the best.

So how does war photography influence my photography? I guess most importantly I've learned the first step to documenting something is to be there with your camera. I also try to take Robert Capa's mantra, "If your pictures aren't good enough, you're not close enough," to heart. Although everything we photograph is subjective I try to be as honest with what I am trying to show as possible. I do not ask people to pose, direct them or change what they are doing. 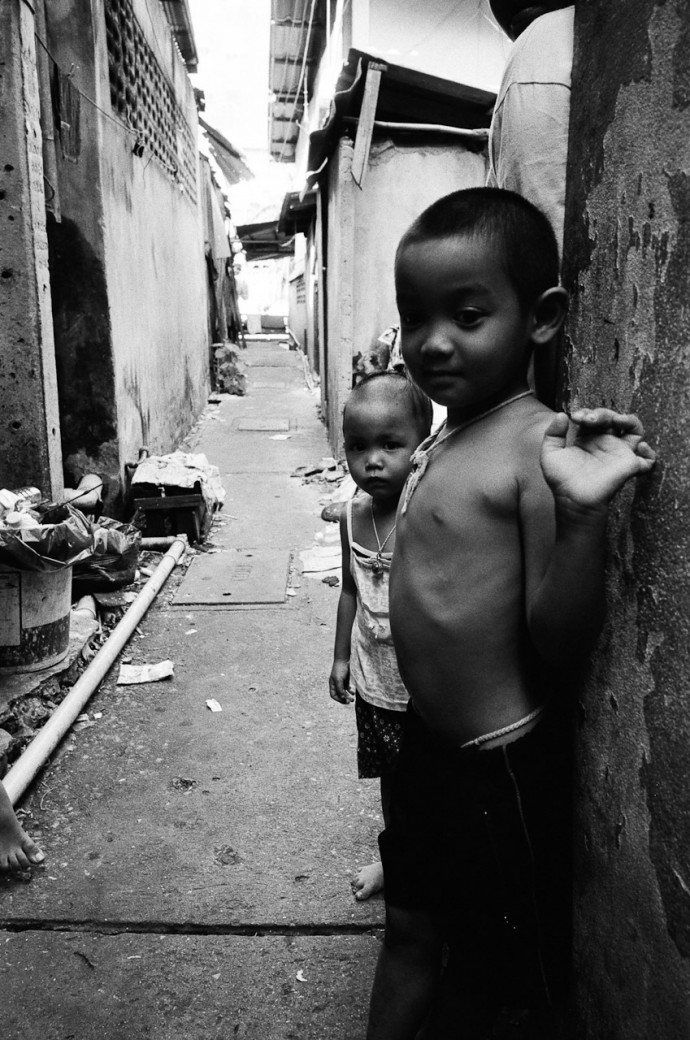 3. You use both film and digital Leica's (M5 and M9). Complimentary or substitues ? What determines your choice on a given day ?

Certainly I find the M5 and M9 complimentary, at least the shutter speed dials both turn the same way. For me that at least keeps switching between them reflexive enough to be complimentary; however, I prefer the M5 as it's better ergonomically and far faster to shoot with. I also have a heap of other M bodies, but they all have a shutter speed dial that turns the opposite way of the M9 so I don't like to shoot them together. 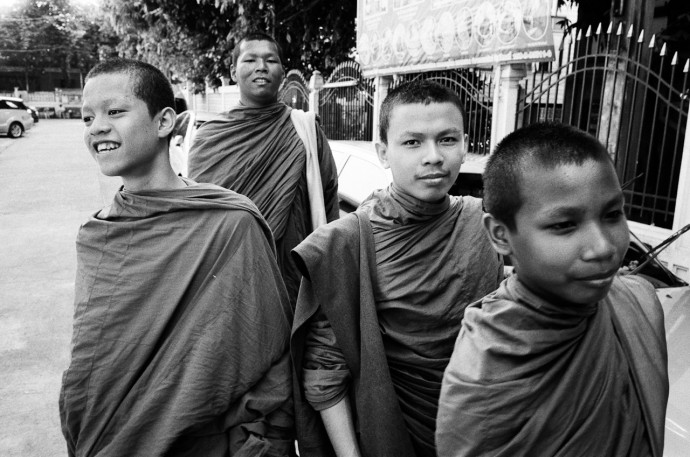 4. You recently acquired the wonderful 50mm 0.95 Noctilux ? What are you first impressions on its use in street photography ?

I am still getting a feel for it. I really don't appreciate the purple fringing issues it has on the M9. I expect my Leica lenses to be near perfection and the rest of them are, yet this flagship lens has a few issues. I have been frustrated by the terrible purple fringing issues this lens has on the M9 with any in focus highlights. Sometimes it's not even a highlight but even a mid-tone! It's astounding how bad it can be in a lens that costs as much as it does. I expect more from Leica! The X.68 finder of the M9 is no help to focusing this lens either! At this point I prefer the 35 'Lux ASPH or the 50 Lux, especially for travel. This lens certainly doesn't have the signature or uniqueness of the pre-ASPH Noctilux.

Thank you Nathan, and be cautious wherever you head next in Asia 😉

Previous post How many people can fit on a rickshaw in Delhi ?
Next post The school bus