“If your pictures aren’t good enough, you are not close enough” is probably one of the most famous quote in the history of photography. It is attributed to war photographer Robert Capa and is a great example of the impact of words taken out of their context. Indeed, with this quote, Capa was actually comparing war photographers that went on the front line to the ones that were less risk prone, and therefore preferred to stay in the back.  In other words, to get good picture, one had to go where the action was.

Nevertheless, this quote is nowadays often used in its litteral meaning, that is “getting physically close to your subjects is part of the recipe for better pictures”. It was also with that idea in mind that participants to the Street Photography Now Project were asked to shoot close to their subjects for a whole week. I therefore exclusively mounted my 35mm lens for the last few days and hit the street with the restriction to only shoot within 2 meters of my subjects. Here are some reflections based on this experiment : 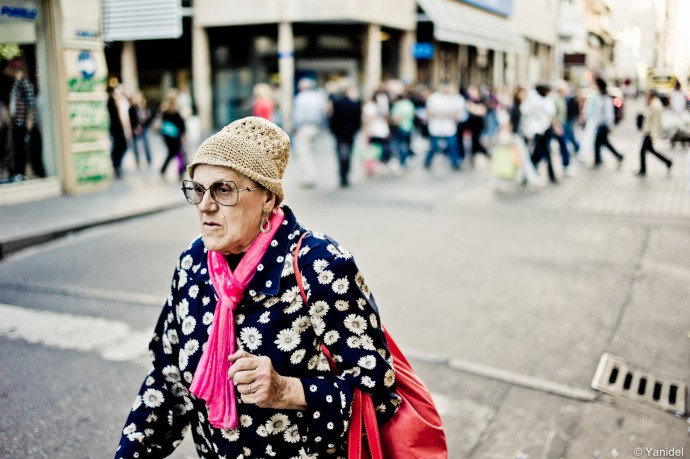 When shooting within two meters of your subjects, your choice of lenses will pretty much be restricted to 35mm or wider. Not that you can’t use a 50mm lens, yet in this case, most of your shots would fall in the category of street portraits. This is where the use of a 35mm lens gets interesting at short distances,  it allows you to include both your subject and its environment in the field of view. It is not only about your subject, but also about what is happening in the street around him. 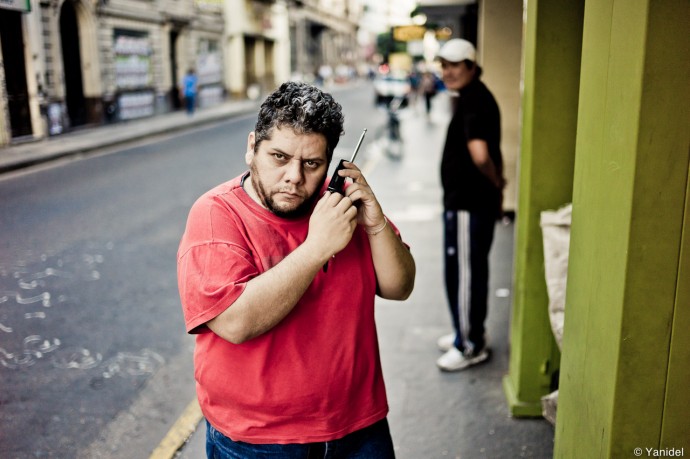 I always pre-focused my lens to 1.5 meters while walking in the streets. This choice of distance is the result of many previous experiments, and it basically means that my main subject will encompass about 1/4 of the 35mm lens’ field of view. This is obviously a personal choice and is part of the aesthetics of my pictures. With time, I have learnt to adjust my position to keep that 1.5 meters distance. It also allows me to skip on the focus routine and therefore gain some time to get candid shots. Obviously, I do adjust the focus when a better composition can be reached at a different distance. 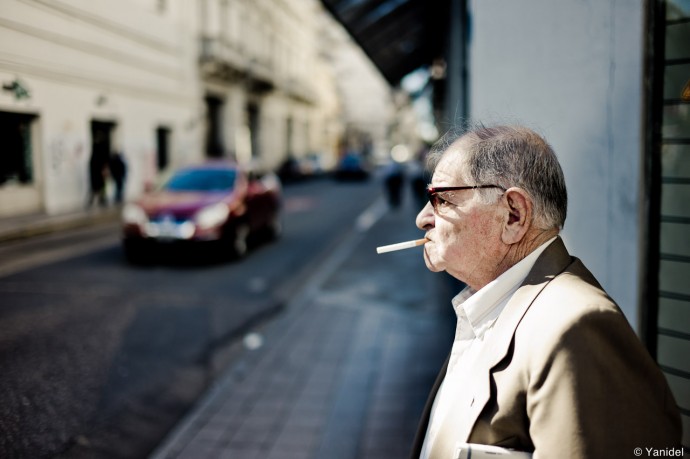 When shooting at 1 to 2 meters, you basically enter within your subject’s private space. Unless you find yourself in a very crowded area, you will get spotted in most cases. Shooting close to your subject means interaction, be it a smile, a “thanks” or a little chat. Remember that you intruded into another person’s private space, so even though what you are doing is legal, take time to interact when you feel your subject asks for it. 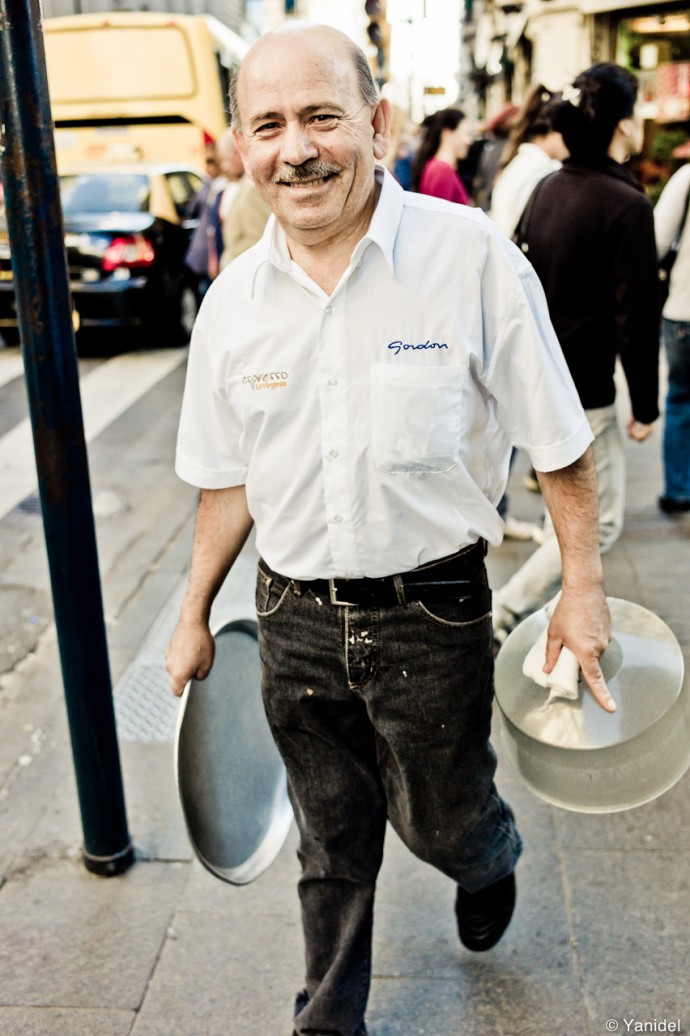 Shooting with wide angle lenses at close distances brings up a set of challenges that you’ll need to take into account :

– distortion will appear with a slight tilt of your camera. Disproportionate faces, large hands, small legs are all common examples of distortion induced by wide angles. It therefore means that some gymnastics will be needed to keep your camera straight, only if distortion is an issue to you obviously.

– depth of field will be much shorter. This is especially true for cameras with  large sensors, as the zone of sharpness might be only a few centimeters long when located at 1 meter from your subject. Focusing correctly might result a challenge, especially if you like to shoot wide open as I do.

– motion blur might happen when moving subjects pass by you at close distances. As a general rule, at a given speed, motion blur will be perceived more as your subject gets closer to your lens. 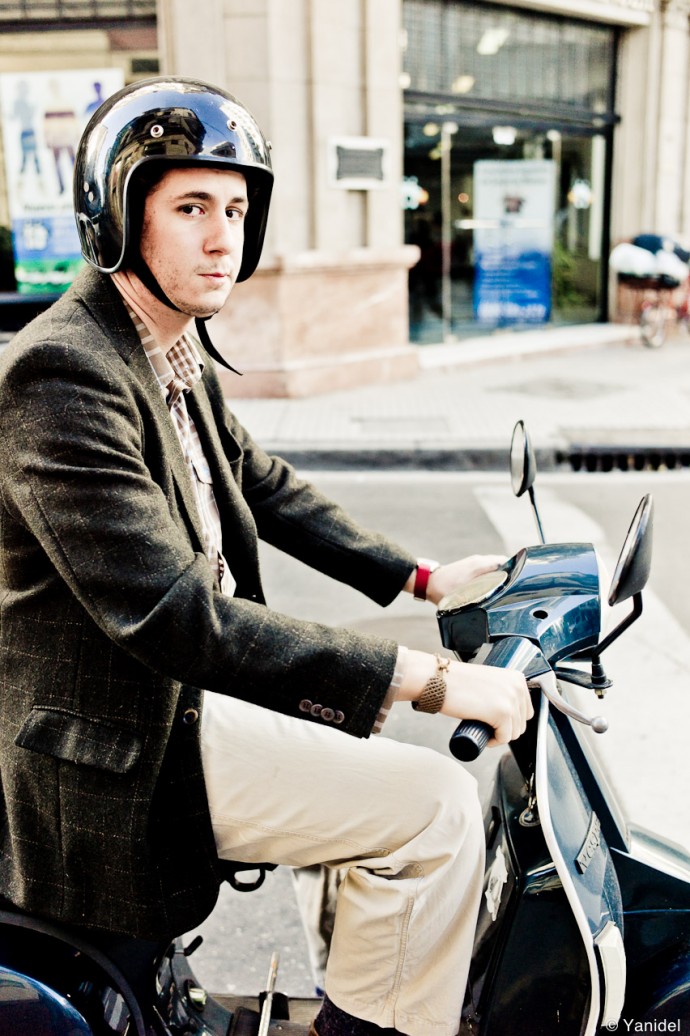 The end word : does it result in better pictures ?

In general, I would say that getting closer to your subject does lead to better picture. This is probably the result of personal preferences, but after viewing thousands of street photography pictures, I’d say that physical proximity is often the common variable to the shots I appreciate. Reflecting further on it, I’d say it is simply due to fact that most of them show a balanced interaction between the subject and his environment in terms of proportions. Add to this that shooting from very close will often mean eye contact (or a detailed view on the subjects’ expressions), and you also get a privileged view on your subjects’ psychology and their whereabouts. Isn’t it what street photography is mainly about ? 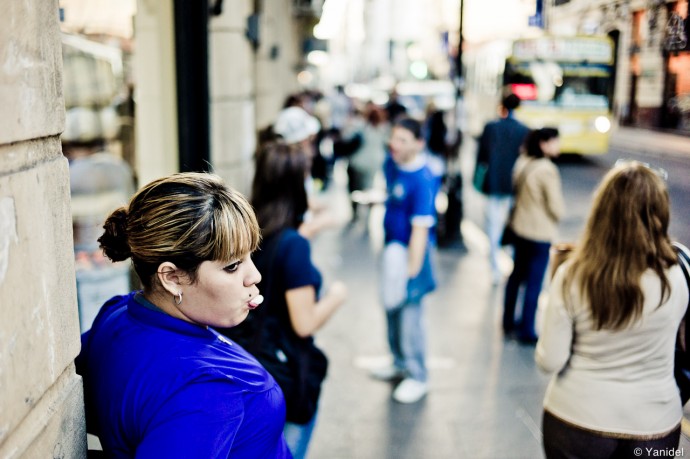