The local team has reached the semi final of the regional league playoff this year. The away game was won without a minute of play. Before the game, boosters from the opposing team tried to persuade the ref to let their squad win. When he refused, he was hit and the game cancelled. Argentina is football. League officials awarded the visitors with a lenient 0-1 score. Tonight a victory or draw opens the way to the final for the receiving team. And a potential rivalry game with the hated town rivals. 42 years since they last won a championship. The match-up would tear the town in two. Great atmosphere for Holiday time. 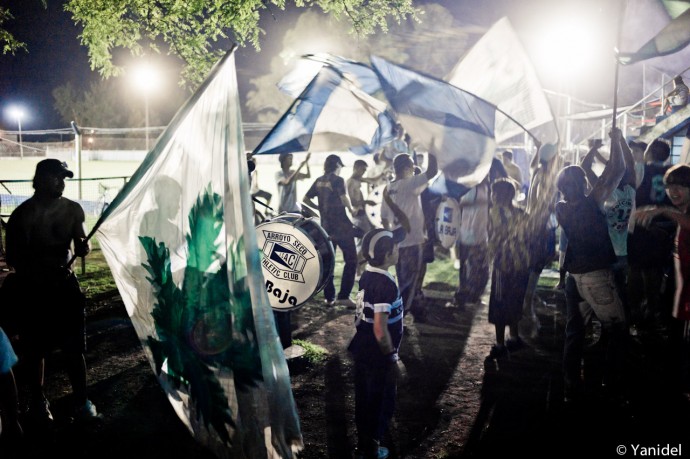 A  couple of bills are exchanged through a hole in the stadium wall. Game time was only decided a few hours ago by lunatic league officials. Many will not make it to the stadium tonight. One enters the stadium and discovers the “tumbling” stands. On one side, a few hundreds home fans with drums, flags and endless chants. Argentina is football. On the grand stand, families and single men whose laughs cannot mask the anxiety. Visiting team fans are parked like cattle behind one of the goals. The local radio broadcaster speak their litany through a cell phone. The home team appears from under the fans stand. The game starts. Amazingly technical and fast. Total engagement. Argentina is football. 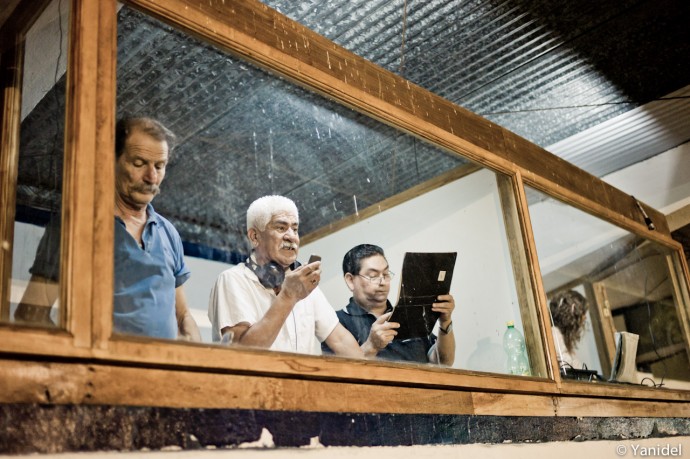 The home team is up 1-0 at halftime. Everyone rushes down the stands for a bite and drink. A sausage between two slices of bread. A lemon soda. There is no other choice. Fans from both sides exchange kind words from the distance. Kids and women are the most virulent. Special prize to the big lady, she shuts everyone up with her poetic insults. Second half is underway. 2-0, a goal that could make the Premier league TV highlights. The doors to the championship game are only minutes away. The nerves of the opponent explode. Three are sent off within minutes. Argentina is football. The final whistle is blown, the home crowd waives good bye to the visitors. A last chant, fireworks, and anti-riot forces position themselves in front of the visiting crowd. The exit gates won’t open until the visiting fans are walked away from the stadium area. A last sausage sandwich and a few taps on the back of the day’s heroes. The crowd finally exits, fans dance in the streets. Each car passing by is scrutinized. A misplayed opposing fan for a fight is always great to end the evening with. 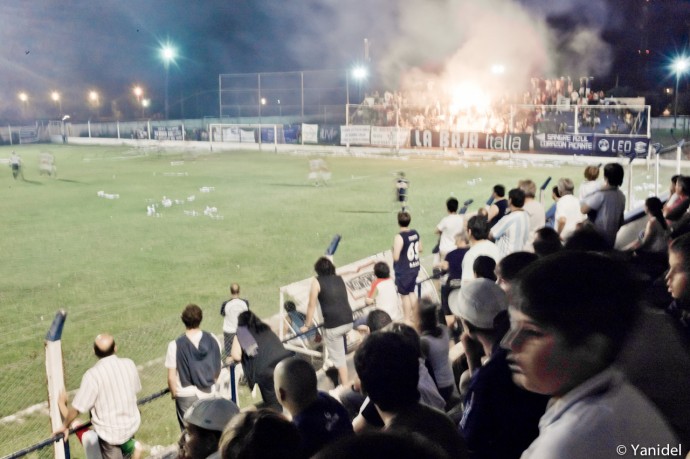