On Saturday mornings in downtown Rosario, people gather to put puppies up for adoption. Of course, they won’t give them just to anybody, and a little lecture will often precede the final adoption go ahead.  (click on picture for high res)

Note that this picture was taken at F4.0 with the Leica 35mm Summicron IV, the often called “King of Bokeh”. Unlike to many photographers’ beliefs, it was named so because of its rendering at F4.0, and not wide open. Does it deserve this flattering title ? I’ll let you come up your own opinion. 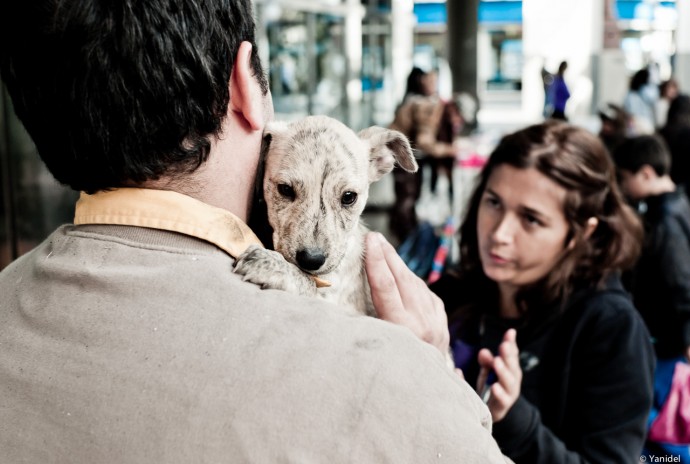