Some street photographers believe that one can shoot and publish anything as long as it is legal. Others believe that some scenes should not be shot, or at least not published without the consent of the subject portrayed. In the later case, the concept of Human dignity is often mentioned, or in clearer words : shoot and publish whatever you like, as long as you respect the Humang dignity of your subjects.

Of course, the question becomes than “How do you define Human dignity” ?  There is evidently no clear answer to that as it might vary a lot depending on your cultural background and personal character traits. What migh seem acceptable to one, might be dismissed by another photographer.

So, I propose we have a look at the picture below taken last Saturday in Rosario. What is your opinion in this regard ? 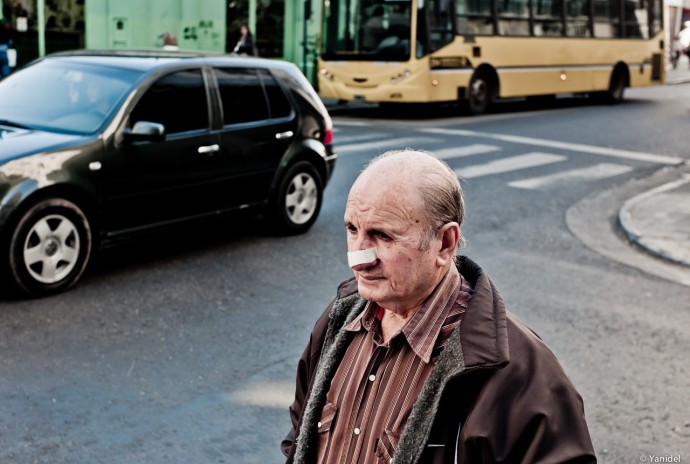