I often get emails from readers who are new to street photography and ask for an opinion on their work. While the level might vary from one to the other, I have noticed certain trends in the mistakes most commonly found in their pictures. I thought I would list them to help beginners forge themselves a first opinion on their work. This being said, if you are a seasoned street photographer, a routine check up can never hurt.

Note : all the lousy pictures below were taken in my first 6 months shooting street photography.

I) You are not close enough

Taking pictures of strangers can be quite intimidating, especially during the first outings. Therefore beginners tend to always stand a bit too far from action, or alternatively, shoot people from the back. While it doesn't automatically mean that the resulting pictures will bad, getting close to the action is usually a sure recipe for better pictures. 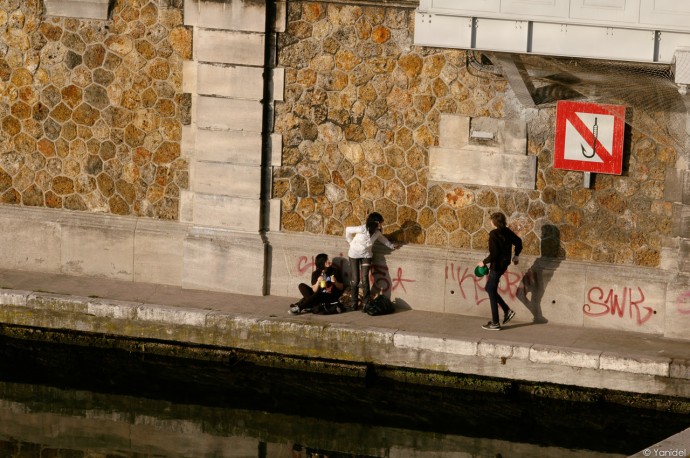 This scene had a lot of potential for a good street photograph. Yet the distance makes it difficult to understand what is going on. A seasoned street photographer would have probably rushed down to water level and gotten within a few meters.

II) Excessive use of blur

After inevitably upgrading to a more "serious" street photography camera, beginners soon discover their great capability to blur backgrounds. Of course blur is nice, and I do use it a lot, but it does not dispense you from composing adequately and creating meaningful scenes. While they will produce outbursts of wouaaahs! and beautiful! with your friends and family (who can't do the same with their Iphones), blur must not be used systematically as a mask to hide your compositional deficiencies. 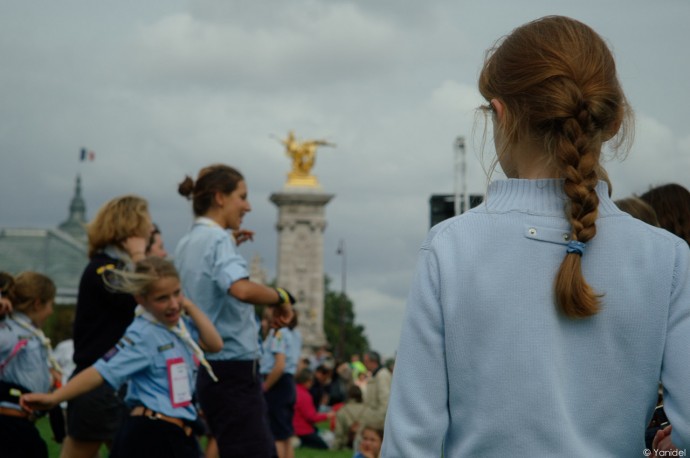 Yes, bokeh is great. Yet a bit less blur would have made it a much more interesting picture, by allowing a clear read on the action going on in the background.

While repeatedly taking pictures of random strangers is a great way to overcome your fear, a person simply walking or sitting does not make a good street photograph by itself. I understand the feeling of pride involved in mastering one's fear, yet it will still result in a picture of someone just …. walking. 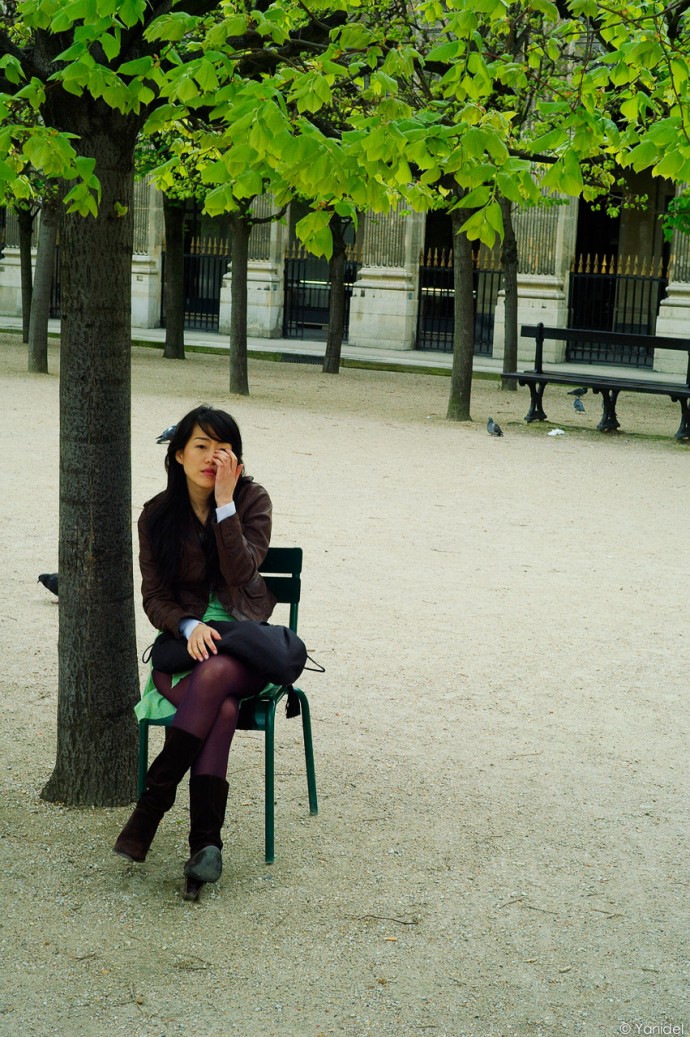 For sure, the girl is cute yet she is just sitting in a park. Unless you consider her scratching her nose of great documentary interest.

Again, the fear of shooting strangers tend to lead beginners to pick subjects that will not object to being photographed. It is therefore not rare to see pictures of street artists (or vendors) make up a big part of a beginner's portfolio. In some ways, it is a great way to help you improve your framing and timing, yet don't expect to impress anyone with that type of pictures. 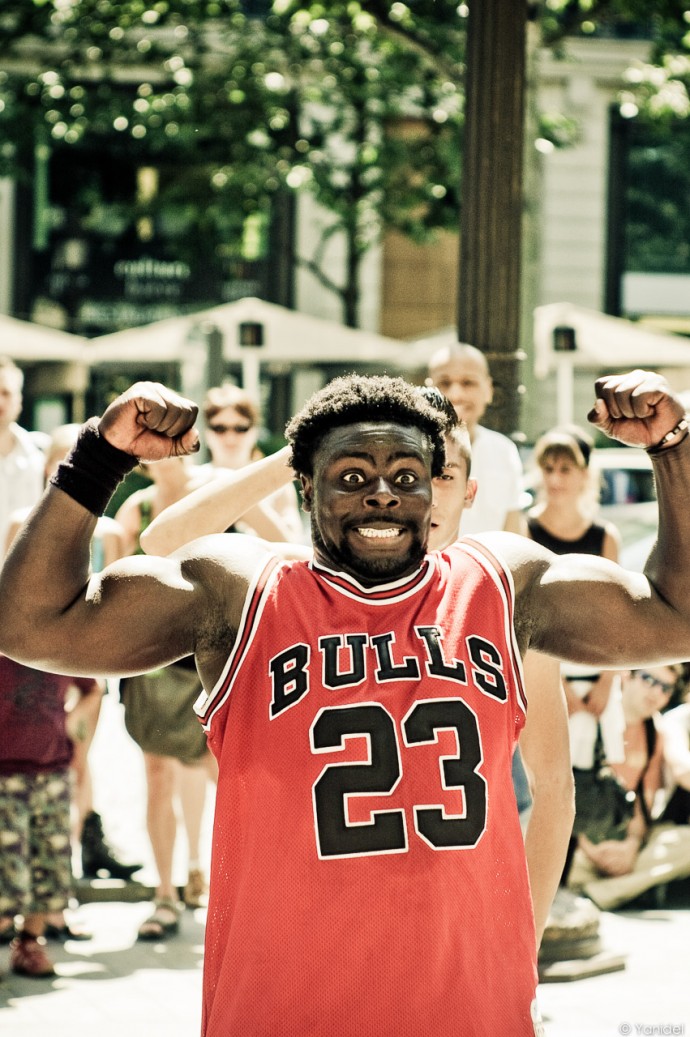 This is definitely an interesting expression but you'll probably find dozens of pictures of the same street artist on social networks. You owe more to your creative capability.

Ok, Winogrand did it, but he had a whole approach built around it and was a precursor. Unluckily, most of the pictures that have a bent horizon line are failures. Composing well a frame is already very challenging, so keep your 45° inclinations for next time you go skiing in the Alps. Your audience won't appreciate to get a neck ache each time it views your portfolio. 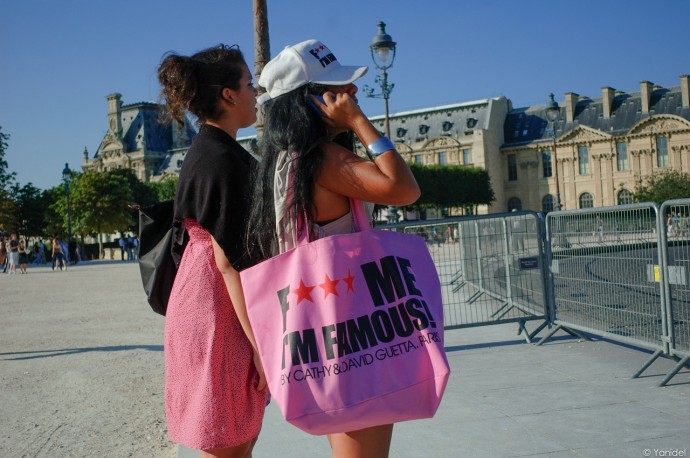 Disclaimer : I never meant to have a bent horizon line on this one … the position of the bag probably influenced it (or was it what is written on it ?)

Digital has opened the way to easily post process our pictures and bolster our creativity. It doesn't mean you should push it over the limits. Too much contrast, too much saturation, selective colours, HDR or even … too much grain! don't usually fare well in street photography. Remember that it is remains a documentary discipline. Don't be afraid to be artsy, but don't Warholize your pictures either. 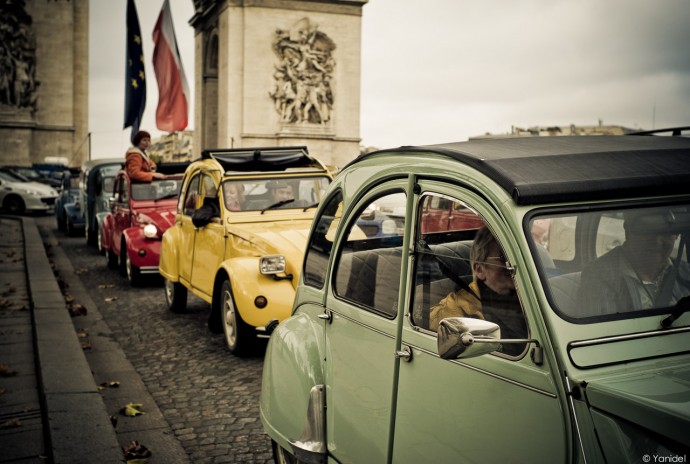 My first presets were so heavily post processed (vignette, sepia) that it hurts my eyes to look at these pictures again.

Always ask yourself the question : am I taking the picture of someone's else picture ? Juxtapositions can be fun, but usually you are just using someone's else creativity to make your own pictures look better. 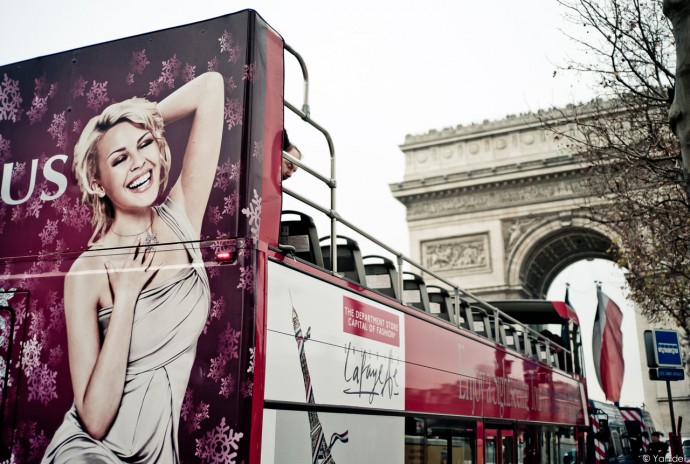 Evidently, these are not stone carved rules and great pictures have come out of what would initially seem like a beginner mistake.

Have you found some of these patterns in your pictures? Don't worry, it is part of the learning curve. And it is much steeper than just going out with a camera and shooting strangers. Be resilient, learn from these mistakes, look at other photographers' work and you'll soon start to see improvements in your pictures.