Often wrongly considered as a gimmick in street photography, the capability to blur backgrounds (or foregrounds) is to the contrary a wonderful creative tool when used appropriately. To illustrate it, let's have a look at two similar pictures taken in Paris by Notre Dame. In both cases, the focus was set on the little girl being portrayed by the painter. An aperture of F4.0 was used in the first frame while the second was taken with an aperture of F1.4 (on the 60mm Konica Hexanon F1.2).  What are the key differences generated by these two different exposure settings ? 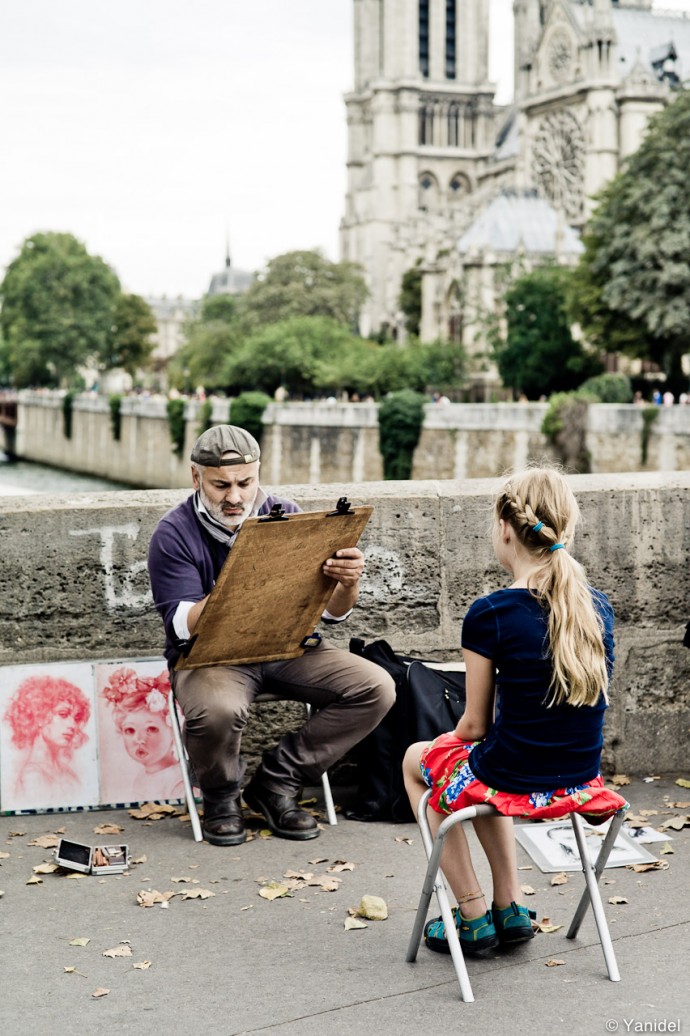 In this first picture, the mid aperture choice generates a depth of field where both the painter and little girl are in focus. Due to the full frame sensor of the Leica M9, the Notre Dame cathedral results partially out of focus, yet it will be only noticeable in relatively large magnification ratios. One could say that this picture is an exact reproduction of the scene as witnessed by the photographer.

Have a look now at the second picture, taken with an aperture of F1.4. The only plane that results completely in focus is the head of the little girl. Due to the 60mm focal and the large aperture, the head of the painter is already partly out of focus. Notre Dame is now significantly out of focus and resembles almost an impressionist painting. The resulting picture is a creative representation of reality. 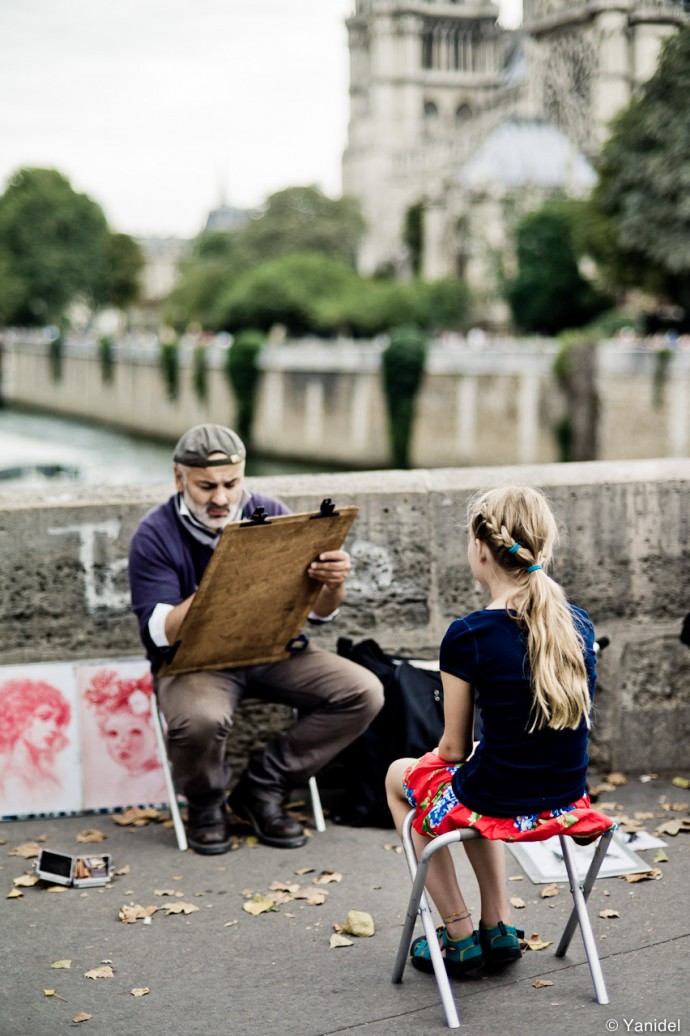 So which is better? There is no absolute answer, here what we are really talking about is personal taste. The second picture has in my opinion a more poetic dimension, which depicts well the essence of Paris. Also, I consider the use of blur as as a key attribute of my street photography. In some ways, I like to think about my pictures as a mimic of my fading memory; some details remain always clear, while some disappear with the pass of time. But again, this is personal and I'd be interested to hear about other opinions (please use the comments section below)

Now, the use of thin depths of field and the resulting blurs must be used cautiously, and in some cases even avoided :

– when your main goal is to impress your friends with an effect that they cannot reproduce with their IPhone or compact cameras. Blur does not make a photographer better by itself.

– when used to hide lousy composition skills. Blur won't make unwanted elements magically disappear. They'll just become less easily identifiable. Any composition fault will remain and nobody will be fooled, except maybe for your aging mother.

– just because you recently acquired that expensive 50mm F0.95 lens does not mean that you have to shoot exclusively wide open to amortize it. Fast lenses come with a full range of apertures, use them when needed too.

– finally, in case you did not know, let's mention that Bokeh does not mean "great picture" in Japanese.

Blur is no gimmick and can be enhance a lot your creative approach to street phtotography, when used appropriately. It does require some technique to get your focus right since a slight error will impact immediately your picture. Yet it can be done with some practice, so mount that fast lens on your camera and hit the street.