Look closely at the three picture below (couple in the back) for a demonstration of a greatly executed French armlock move. A technique especially effective when used in Paris.

Sometimes, a series grabs better the action of a scene. Obviously, in scenes with so much action going on, you are never aware of every single gesture happening in your frame. Though I had spotted the couple in the back and composed accordingly, it is only afterwards that I discovered their little game.  (click on pictures for high res) 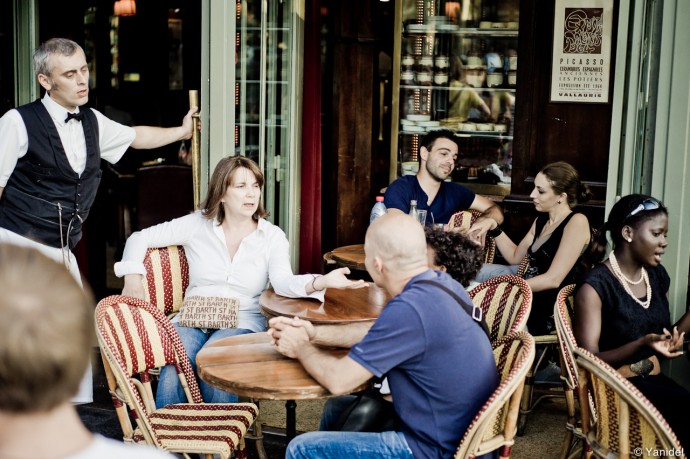 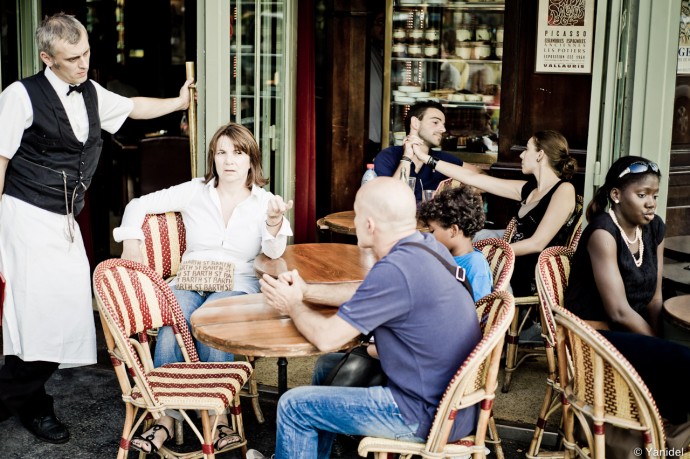 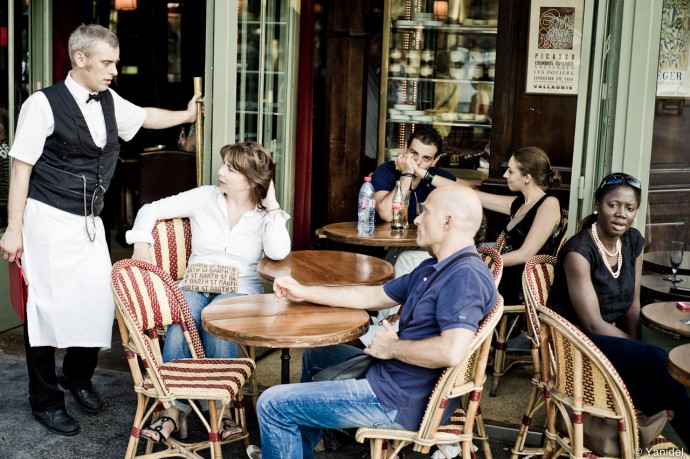