We will board the train to Paris in a few hours and it is once again time to take some decision regarding gear. After contemplating several kits, I'll go with the one that I most often used in Paris at the time, that is M9 + 35mm Lux Asph +  60mm Hexanon F1.2 (with the Sigma DP2 as backup). In other words, I don't plan to innovate, I'll follow my instincts and use the lenses I am most confortable with. It will be interesting though to see the influence of our 80 weeks trip around the world on my perception of Paris and way of shooting. My ultimate goal is to finish a new book on Paris that has been in the works for the last two years, by adding the few shots I feel that are missing. I'll also shoot a few non street photography pictures since I have noticed that my Paris landscapes have been selling well on Getty.

I also pondered not taking a computer to make sure I spend as much time as I can on the streets. Yet, it would make the daily posting on this blog too difficult, so I'll try to restrain myself to no more than an hour per day. If you see a long article on this blog in the coming month, you'll know I'll have failed.  😉

As for the shot below, it does show I experimented with super wide angles in the past. Fun but not my thing as it would turn my photography world … upside down. Stay tuned, from tomorrow on for fresh pictures from Paris ! (click on picture for high res) 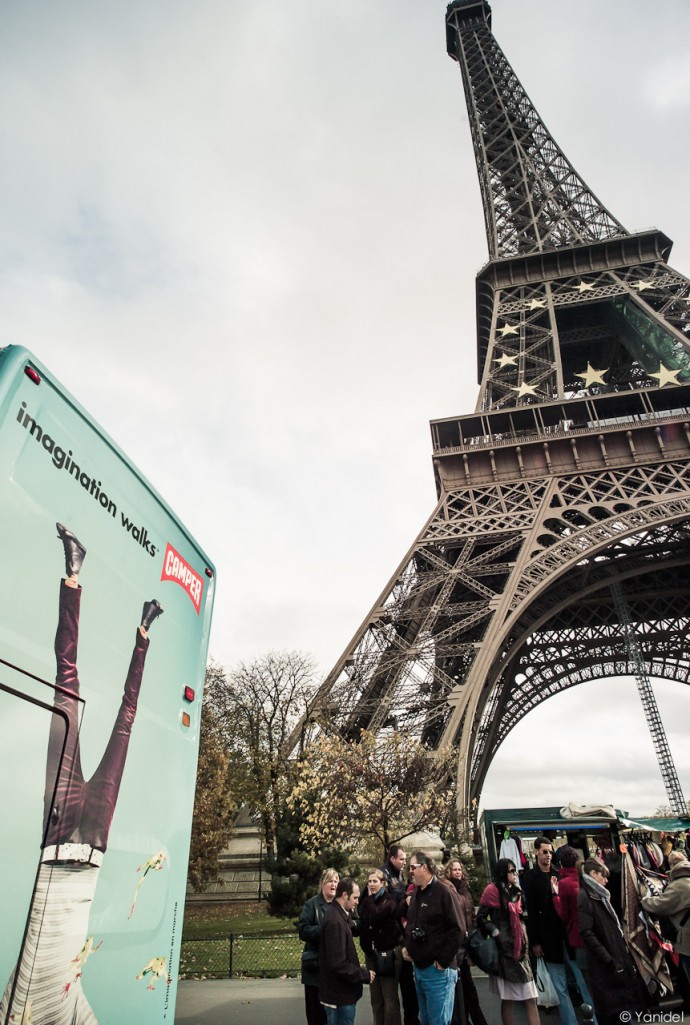