Switzerland is one of the oldest country in the world since the first states created the confederation more than 700 years ago. It started as a defensive alliance against the Austrian invaders, the famous Habsurg empire. 700 years after, that alliance is considered as the founding act of the nation and is celebrated on every 1st of August. This year, thunderstorms joined the fireworks to create an wonderful show over Lake Geneva.

Obviously, getting the flash of lightning in that shot was pure luck …. (click on picture for high res) 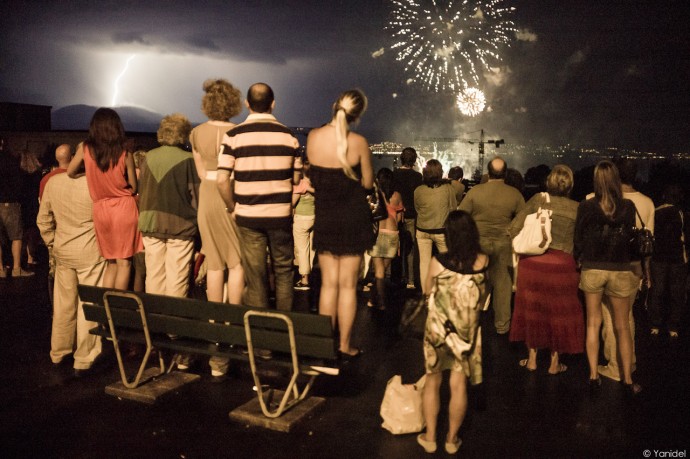