In a train bound to Tokyo airport, a group of students board early in the morning. Some joke around, others listen to music while most look anxiously at their notebooks. One stop later, a tall kid enters. He must be 14, maybe 15 and holds firmly to the train's steel post. His head thrones above the others yet his skinny body seems about to crumble. A long fight against his sleepy eyes begins and it looks like he is going to crash on fellow passengers in the next curve. A long night of studying must have preceded. Finally, he surrenders and kneels on the ground of the train. Holding his head on his umbrella, he tries to rest his busy mind for a few minutes, or even seconds.

This scene was very strong to me since it shows the results of a terrible pressure that many Japanese students face to succeed in school. Built like a man, dressed like a man and expected to perform like a man. Yet, the small teddy bear reminds us that it is still only a kid.  (click on picture for high res) 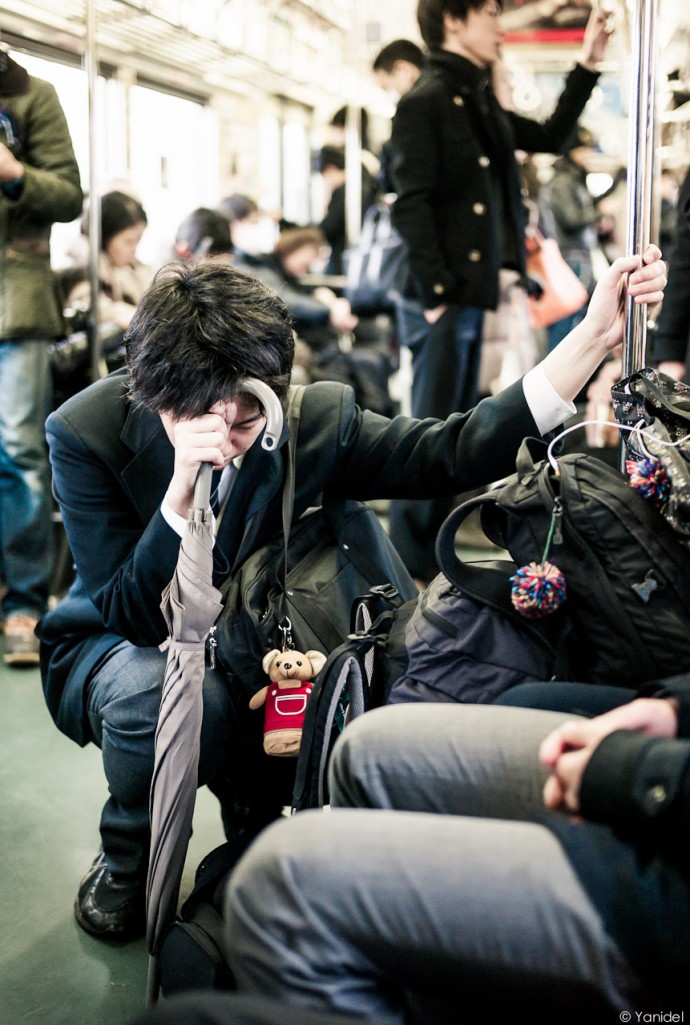