No, this group of workers in Pondichéry wasn't asking for the return of French royalty, but to get their jobs back with luxury company LVMH. Four years ago, Louis Vuitton created its first Asian factory in Pondichéry and hired a couple hundreds people. The venture apparently didn't fare very well since it sold its operations last year (in other words, it packed its "bags"), and left behind an ongoing labor dispute. Had it happened in France, it would be a headline news. But when it happens so far away, who cares ? (click on picture for high res 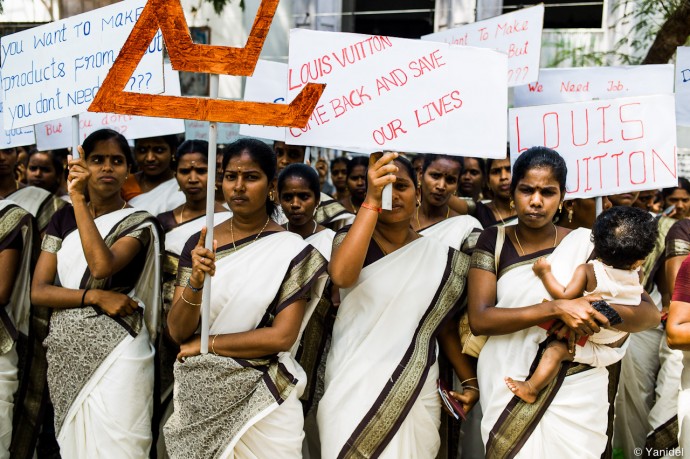