As you might remember, I intially met Kristian while in Melbourne (read his interview here). By coincidence, we found ourselves in Bangkok at the same time and decided to meet again for a lunch and photo walk. We headed to Chinatown where we witnessed some of the Chinese New Year celebrations.

I find shooting with other street photographers very interesting because not only you can learn from them, but you also get to see a different vision of the scenes you crossed on your path. So today you will not only see my series of pictures, but also the ones that Kristian took of the very same scenes.

(Kristian used a Nikon D3S with the latest 35mm F1.4. I had my usual Leica M8 with 35mm Lux Asph. Click on pictures for high res)

For this first scene, Kristian got very close to our two little subjects and got a great moment of complicity. On my side, I could not raise the ISO higher than 320 due to my hot pixel problem, therefore I had to use a lower shutter speed (1/30 vs 1/100th). It resulted in some motion blur which kind of brings some dynamism to my version of the scene. 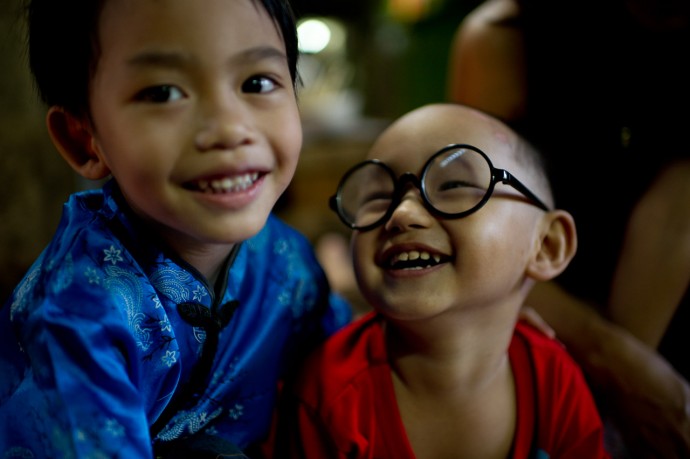 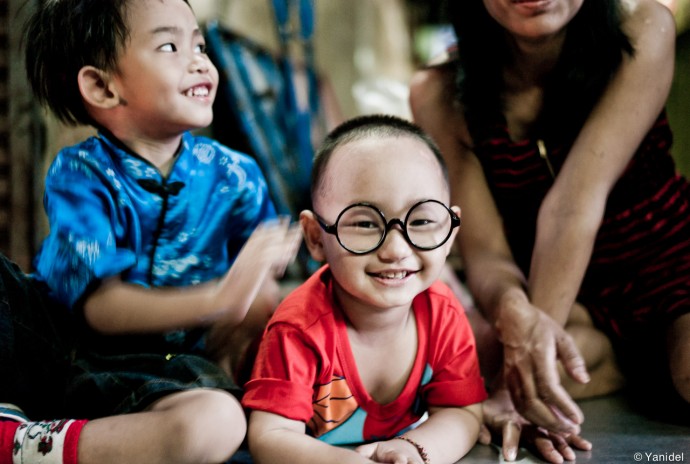 On the next scene, Krisitan took an angle to depict the expression of the woman in detail. I shot perpendicularly to get a full view on the woman’s celebration items. 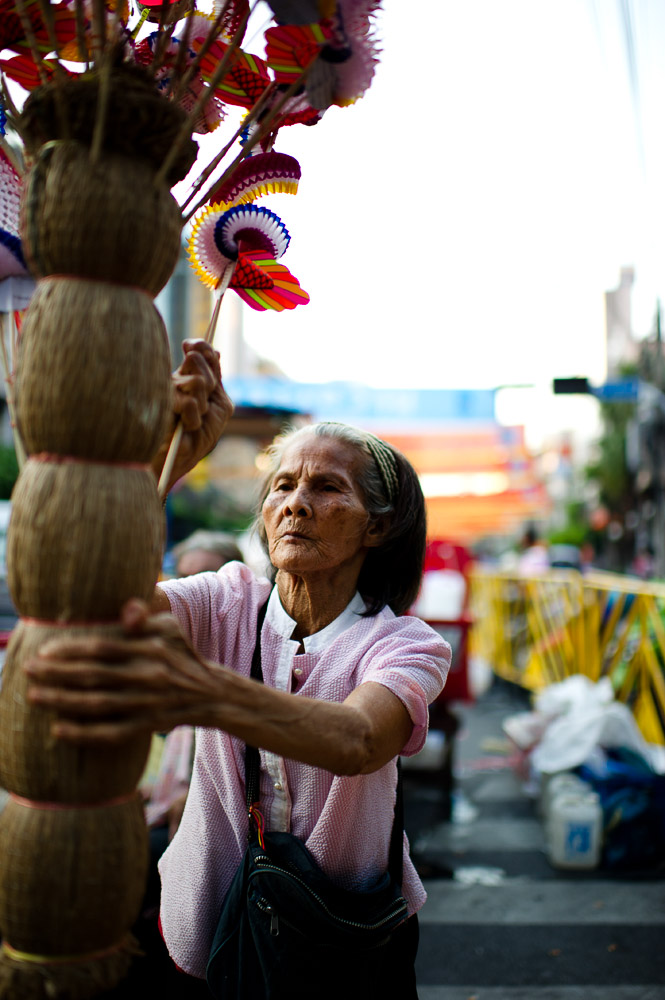 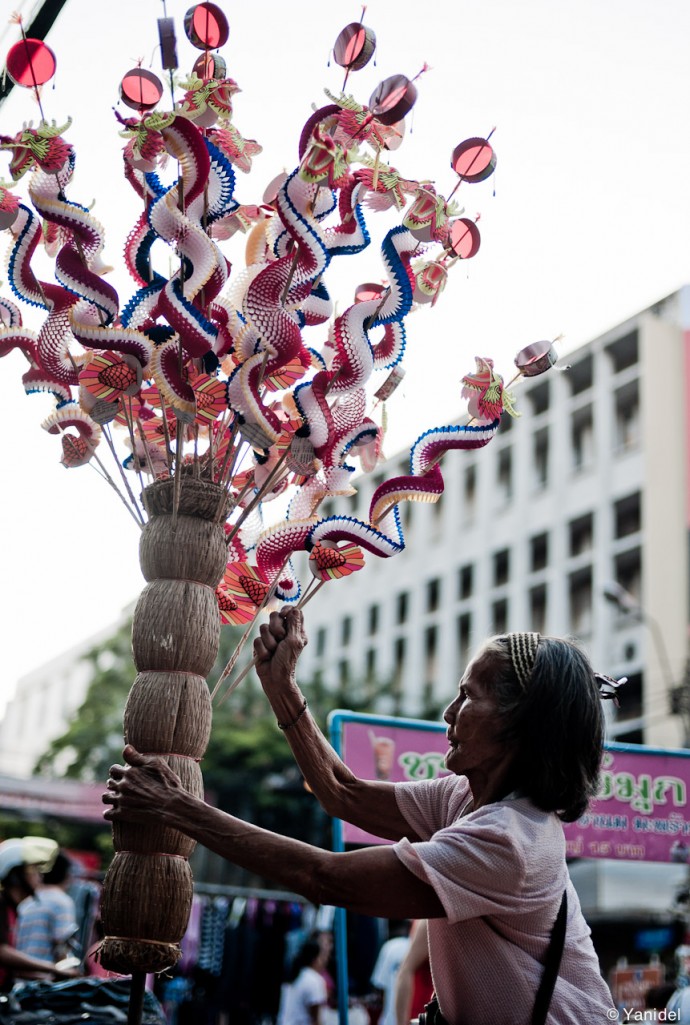 To record the following scene, Kristian concentrated on the moving expression of the little boy and the gentle hand over his head. Once again, he got very close with his 35mm lens. On my side, I privileged the interaction between the group of kids with a shot taken from the front. In both cases, I don’t think that the girl carrying the kid noticed us. 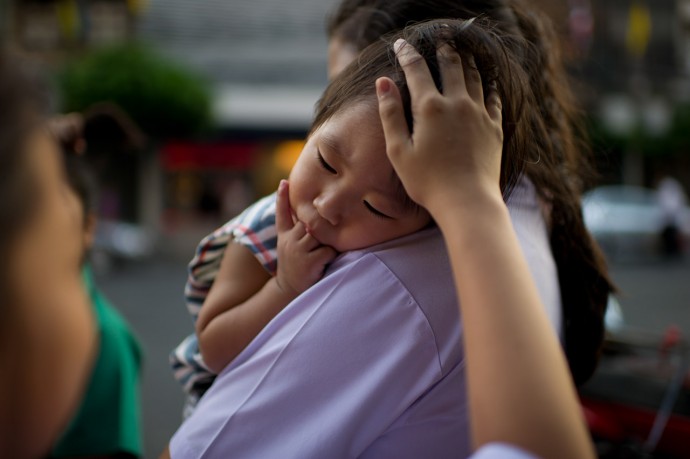 The following character came to us and gladly accepted to be portrayed. He probably over acted a little bit but Kristian got a great dynamic scene. Meanwhile I went for a more classic portray and did not achieve perfect focus on his eyes. 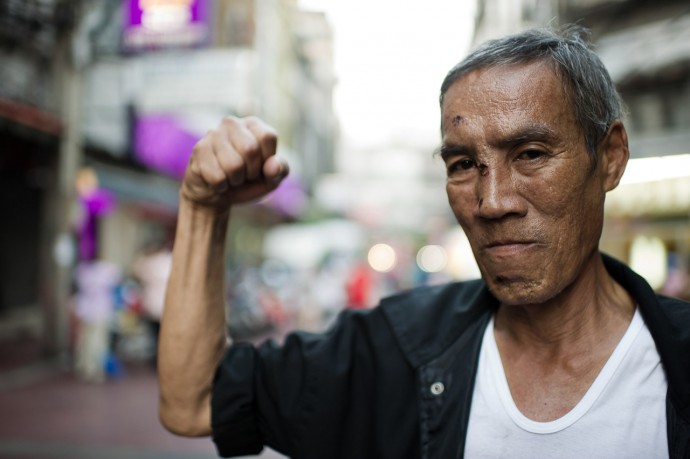 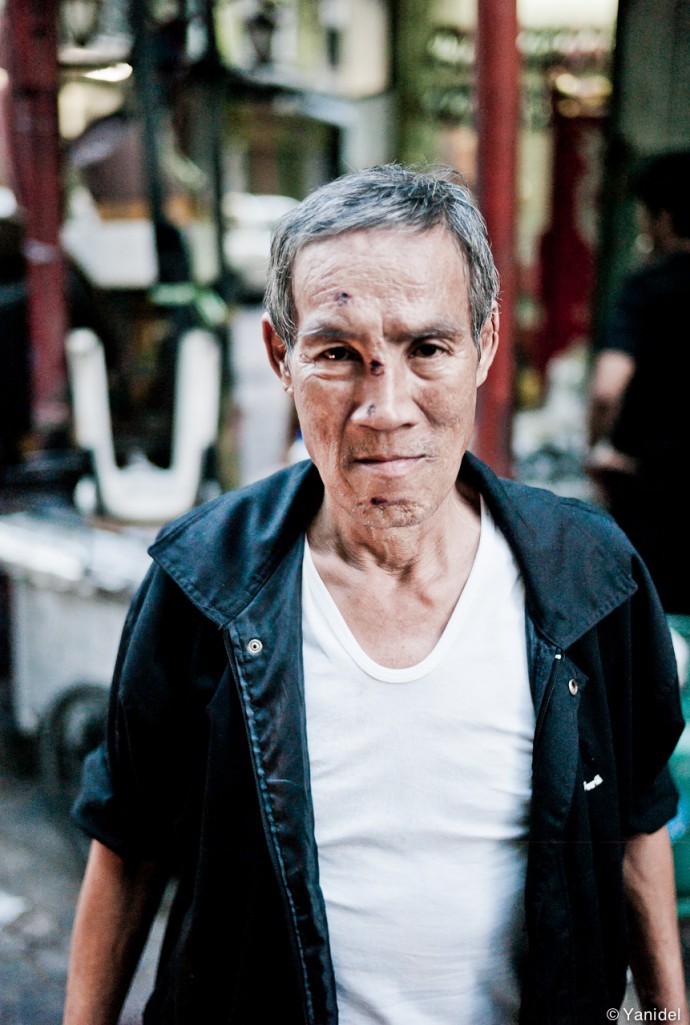 Finally, the last scene was quite similar in the way we framed it. Krisitan did catch the attention of the girl and got rewarded by a smile. I went for a more “weird and mysterious” type of scene. Note that Kristian had his D3S set at ISO1600 and the picture is still noiseless. I did manage a sharp focus too as the Leica M’s will handle pretty well a 1/60th exposure corresponding to my ISO320 setting. 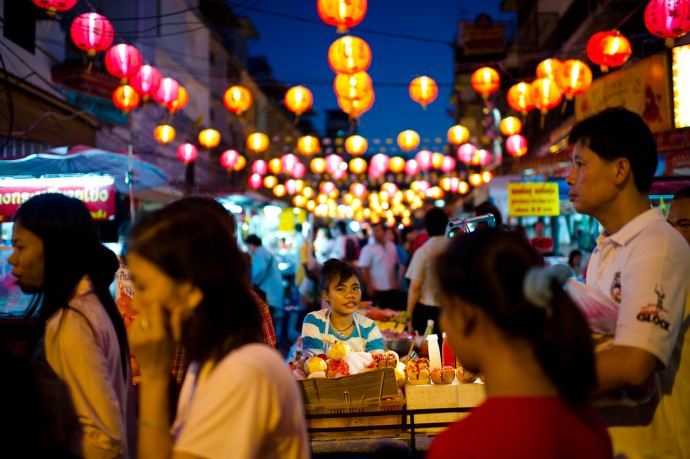 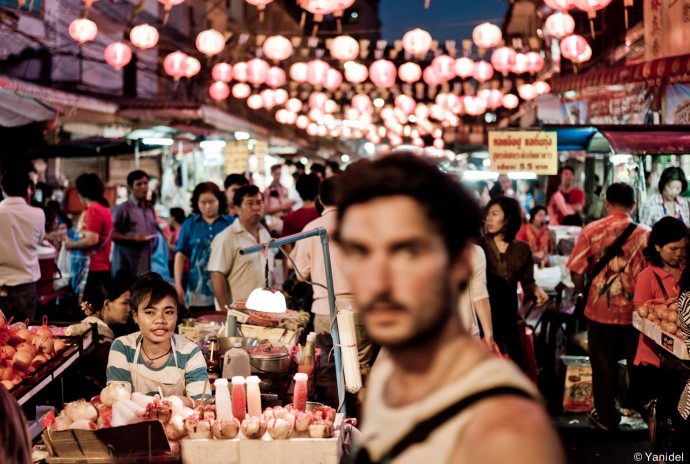 Thank you Krisitan, it was once again a great pleasure to spend time with you.