Located 60 kilometers away from Hong Kong, the ex Portuguese colony is reached by a high speed ferry in an hour. Once a bad reputation town famous for drugs, gambling, and prostitutes, Macao is now a prosperous city gaining territory every years over the sea. It is quite an amazing view to see the Portuguese style old town with the Casinos and high rises in the background. Luxury items stores have replaced the trades of old times and thousands crowd the main street renovated in a Disneyland style. Very few will eventually wander off the beaten trails but once you do, you can feel again the atmosphere of Macao under Portuguese rule. Senorial houses with azulejos and narrow streets leading to dark back courts. You wouldn't even be surprised if the doors of a Opium house opened suddenly on your way. You also realize that the recent prosperity of Macao has not blessed all its citizens and full neighourhoods look like they are about to crumble. They'll probably be replaced at some point by a new Casino resort, replicating another European city (and its sky) in a similar fashion as the gigantic "The Venetian".

And by the way, Macao already generates 4 times more income than Las Vegas through its Casinos. Can you imagine 10 years from now ?  (click on pictures for high res) 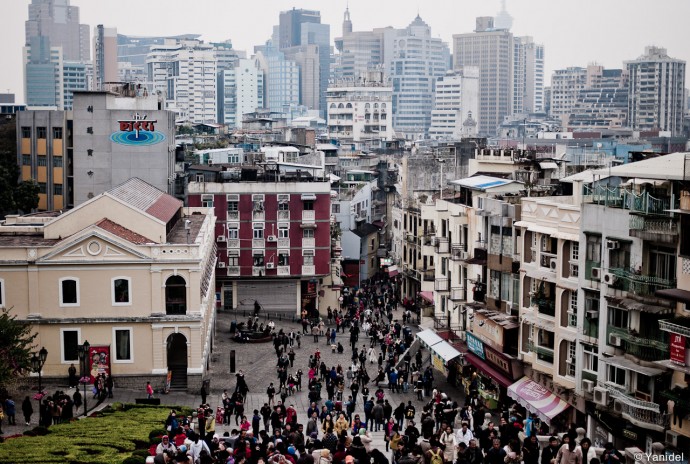 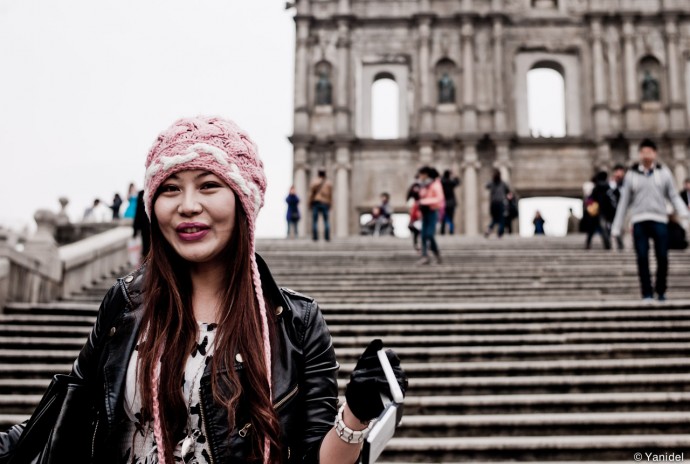 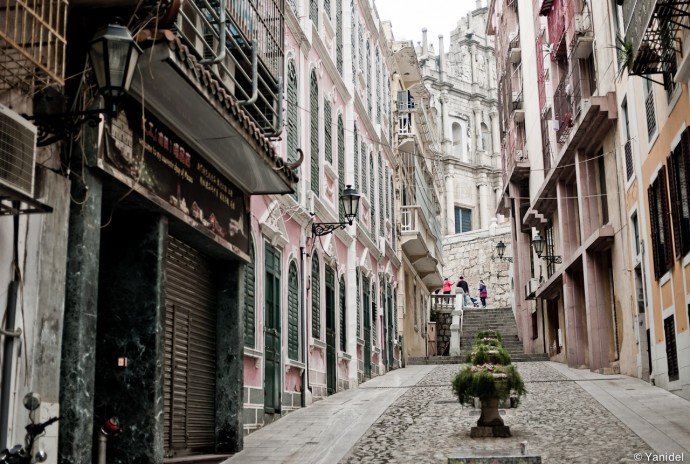 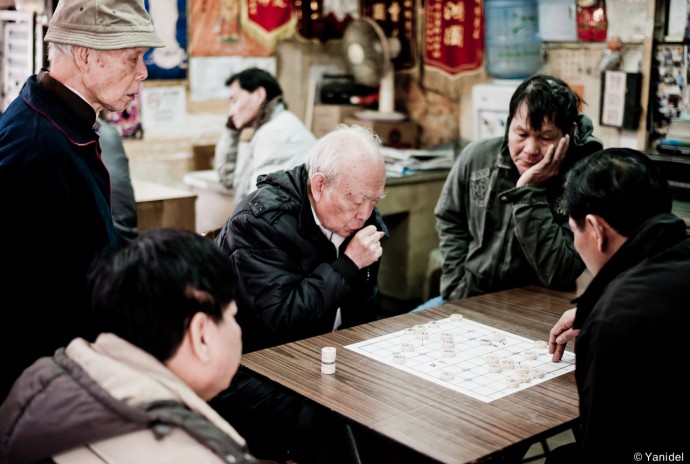 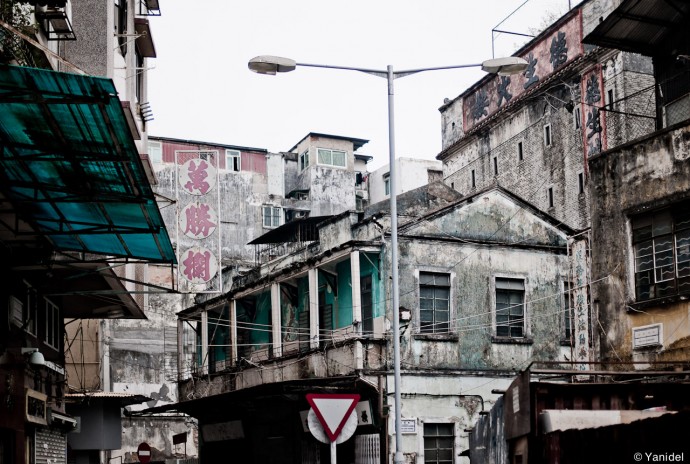 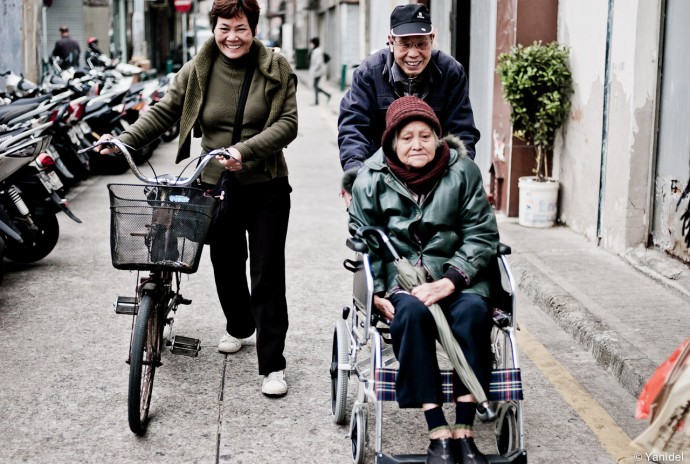 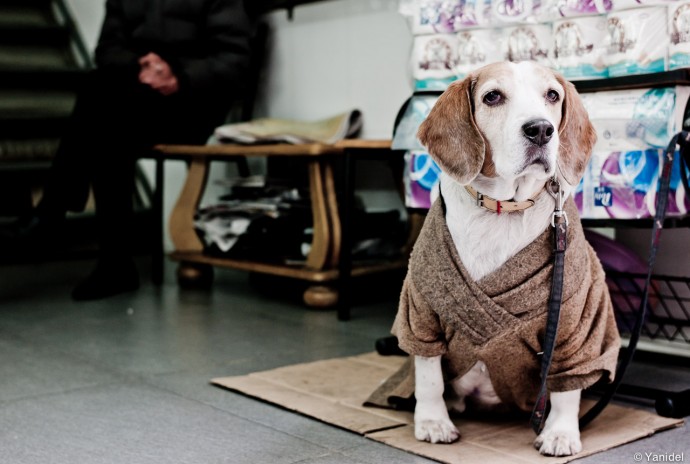 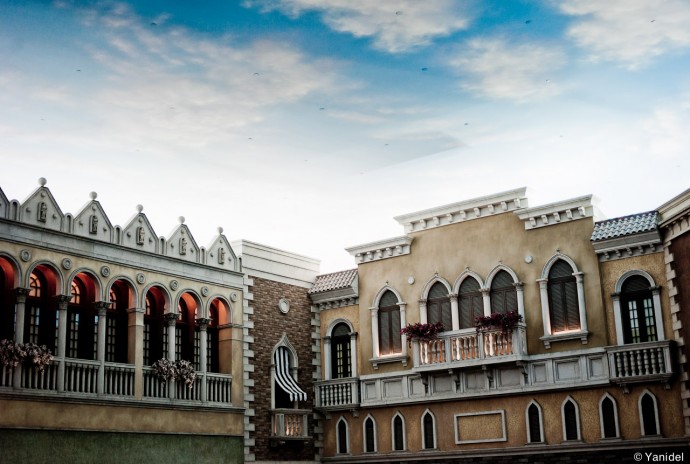 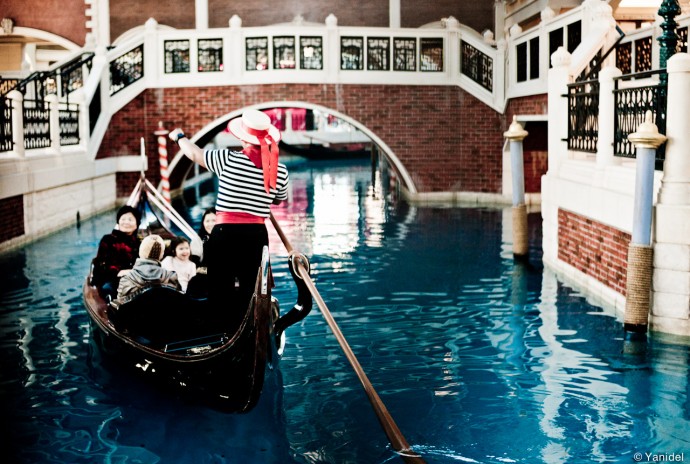