There is not only football in Manchester, but also street photographers such as Christakis Schinis and this scene taken in April. (click on picture for high res) 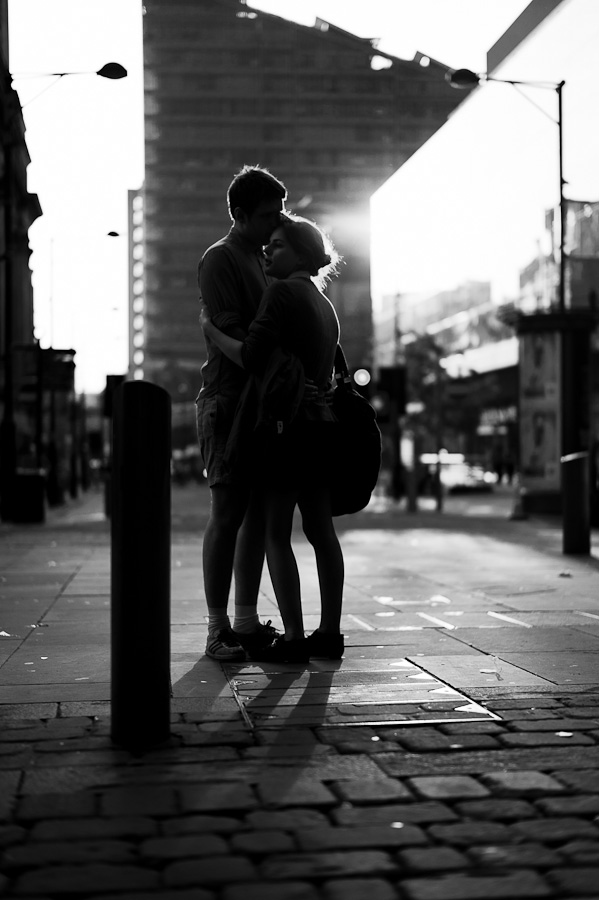 This is what Christakis wrote about his shot :

Out of thousands of pictures I took in 2011, this is the only one which made it in a frame and on the wall of my small flat. Hence, it's only fair I also tag it as my favourite shot of the year. In fact, prior to receiving Yanick's invite to present my favourite picture of 2011 on his blog, I never went through the process of "ordering my pictures by preference". Instead, I tend to assess each picture in it's own right and then categorise it as one of the following: "rubbish"; "passable"; "keeper". The picture itself might not be technically perfect, nor depict the most interesting subject in the world (some feedback from critics/critiques) but there's something about it that makes it stand out a little bit more compared to my other "keepers". Perhaps it's because I was there to experience the scene: It was a lovely warm day in April and the sun glistened over Manchester as the day was coming to an end. Market street was unusually quiet; no vehicles, no music, no talking. Just a silhouette of a couple hugging at the far end of the street. It felt like a classic romantic moment which I would be mad not to capture.

Discover Christakis' blog by clicking on this link : blog.christakisphoto.com