Christmas is over so let's resume our readers' pictures series. Today's shot was taken in St-Petersburg, Russia by Eero Lethonen from Finland. (click on picture for high res) 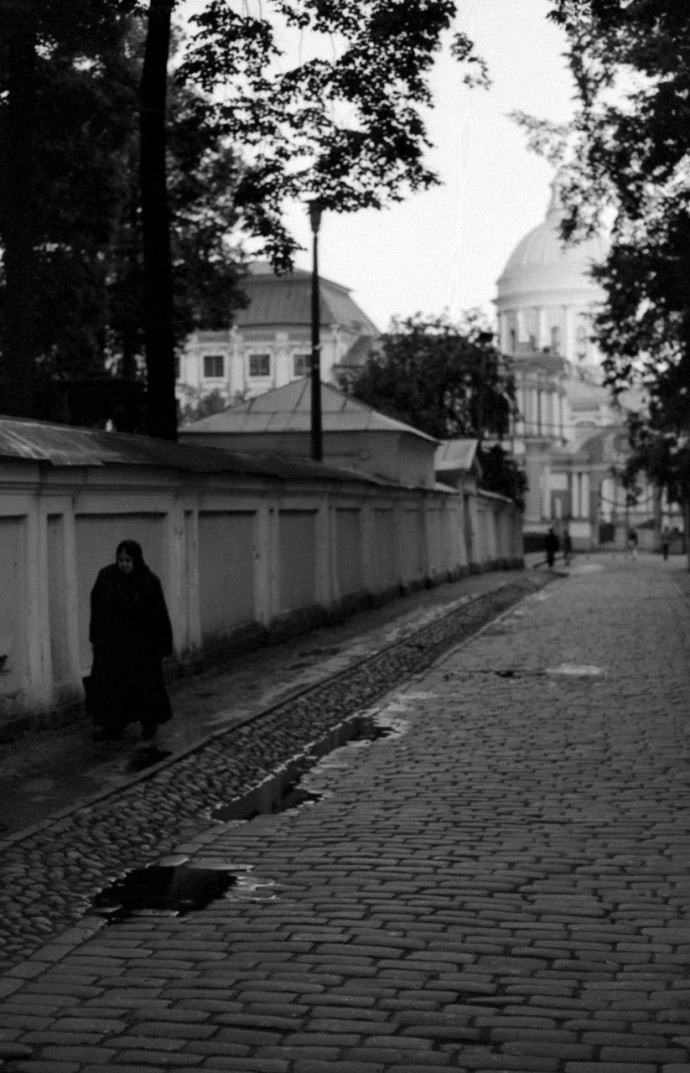 This is what Eero wrote about his shot:

This picture was taken in St. Petersburg near the cemetery where for example the famous composer Tschaikowsky is buried. here's not much of a story behind this photo. We were on an evening stroll to see the cemetery and I caught this on the way. I just like the bit gloomy mood of the spot and I think the black and white film complemented the atmosphere nicely. All I can say is that St. Petersburg is a wonderful city that everyone should visit. Even though I was accompanied by my girlfriend and parents who weren't so keen on taking photos I think I managed to get quite a few keepers in there. Once my schedule starts to give more spare time soon I'll be scanning more of these and adding them to my flickr.

I think there's more of a story in my refound passion for film photography. I'm working on to build a darkroom for myself. It's going to take a bit of adjustments and compromises but at least I don't have to book time or wait for my turn for one anymore. Also wet printing my photos again should keep me occupied on the long winter evenings and nights now that shooting the streets in Finland is becoming more and more difficult. At this time of the year we start to see some light around 9:30 AM and it's basically gone at 4:30 PM.

Even though I'm no old timer (I'm 26) I've actually started my photography hobby with film. My dad used to photograph a lot and he owns a complete darkroom kit (which I'm snagging away from him now) and he taught me all the basics of creating my own photos and prints. I know all of you have probably read a ton of varying descriptions of the feeling when one opens the developing can and sees the negatives for the first time. Yes those reasons are one of the charms of film, but for me it's all about the end result. Film might be technically inferior medium to digital already, anyone who says otherwise is romanticizing the thing, but I feel shooting film makes me a better photographer. And thus yields me better pictures, for my liking at least. I slow down a bit and quit being hasty since every frame counts.

Anyone can test the film shooting style even with a digital camera in my opinion. Just turn off the burst mode and use single shots, also do the trick Yanick showed us in one of his post and tape over your LCD. That way you quit worrying bout the pictures while out and can concentrate on timing and framing. Of course you would still have the almost infinite amount of frames in your use that won't add the cost but still it is a step closer. Next step would be getting some old film body and then you are already on a slippery slope.