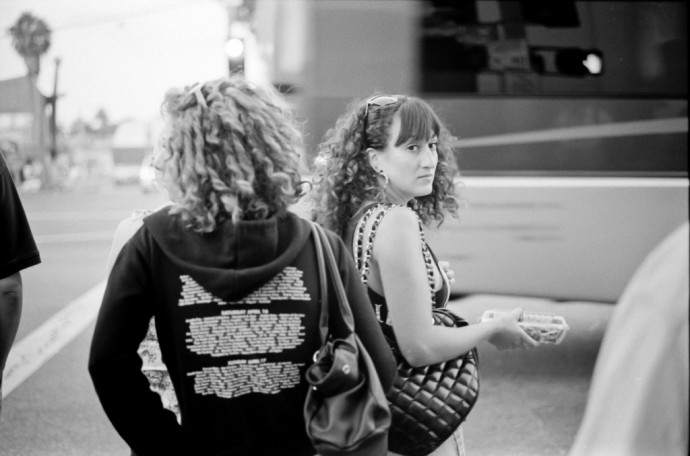 This is what Sergey wrote about his shot :

I took this photo on a second G+ photowalk in Venice Beach in Los Angeles, CA at the end of August 2011. I had only brought 2 rolls of film for entire walk and only shot 1 – 24 exposure roll. We were walking towards a corner and the light turned red. I was actually intending to take the photo of the blond womans on the left side back when the Meryl Streep look alike turned around. I quickly pressed the shutter, then the light turned green and we were on our way. I did not realize how much she actually looked like young Meryl until someone else mentioned it to me. So there an accidental photo.