I went on my first visit to Cuba about 8 years ago. I had therefore kept quite a few memories and impressions about this first experience and was eager to see how things had changed. Well, the good news is that Cuba did change, mostly for the better when you are a tourist. Yet some stereotypes and reputations are tough to get rid, so here is a few of these misconceptions to watch for, especially if you intend to travel to Cuba in a near future.

I) It is expensive : Yes, if you do go on a trip as an all assisted tourist, Cuba will be expensive. Yet, if you lodge in private houses (casas particulares), eat in moderately priced restaurants and use the public transportation system (or bargain taxi rides), it will be no more expensive than a trip to Mexico or Turkey. If you can live outside of the all inclusive and luxury world, Cuba can actually be quite a cheap destination. We were able to remain within our daily budget and with some efforts (food being the key variable), a spending of US$ 40-50 per day per person is possible (all costs included except airfare). 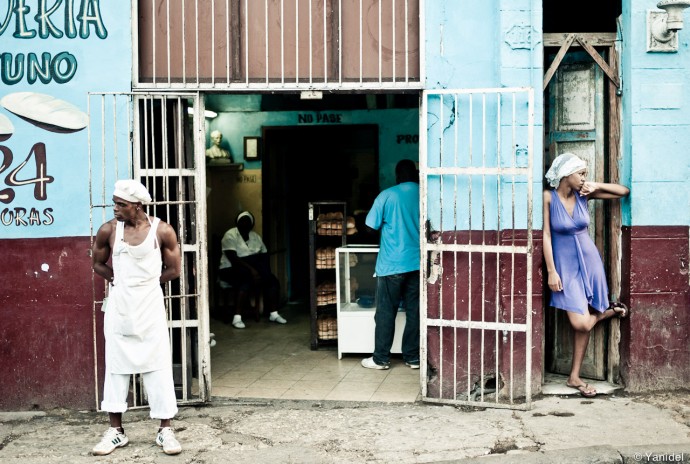 A loaf of bread will cost you only a few cents, yet don’t expect welcome looks from the bakers.

II) Moving around is not easy : A lot of improvement on this front as you can nowadays  pretty much go to any city in Cuba with either buses, rental car or planes. We used mainly the bus system since rental cars were out of our budget (about $75 a day). Buses were modern and stuck to the timetable. There are roughly one to three of them going to the main cities of the country daily. Fares are very moderate since the 900 km separating Havana from Santiago will cost you only US$ 51. It is also a great way to discover the amazing sceneries though you’ll be mostly surrounded by fellow tourists. Note that you’ll have to make sure your luggage is well locked-up since one of our pair of shoes mysteriously disappeared in one of the bus rides. As for travelling around the city, your best bet will be taxis or ricksaws which result quite cheap (negotiate the fare before you board the cab). 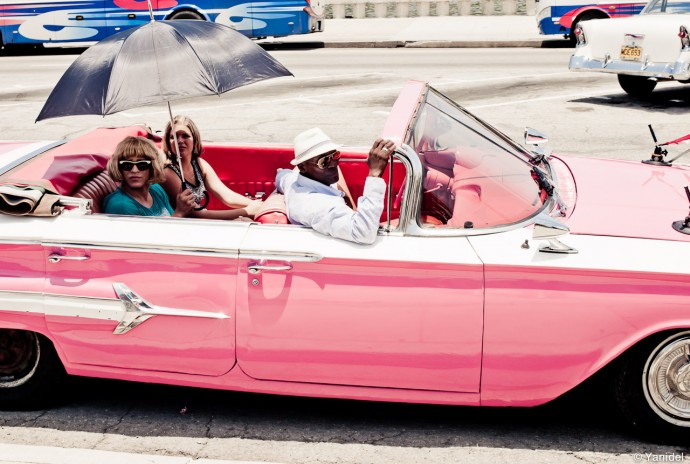 A ride in a classic 50’s American car might result expensive, yet a fare in a Russian Lada will be affordable. As for the Lady Gaga in the car, she (he) will be out of your financial reach. Luckily.

III) Food is bad : This is probably the biggest improvement I have noticed since my last visit. We really thought we would not eat well here. To the opposite, it has actually been the best food experience since we started our trip (sorry Mexico and Turkey). A lot of private owned restaurants and cafeterias have opened. Of course, tourists get access to a range of products that are not availabe to Cubans due to their high prices. Still, if you like shrimp and lobster, you’ll get it very cheap in private houses and most main plates prices range from $3 to $5 in average restaurants. This being said, if you plan to stay for more than 2 weeks, expect the boredom to step in quickly due to lack of restaurants variety. 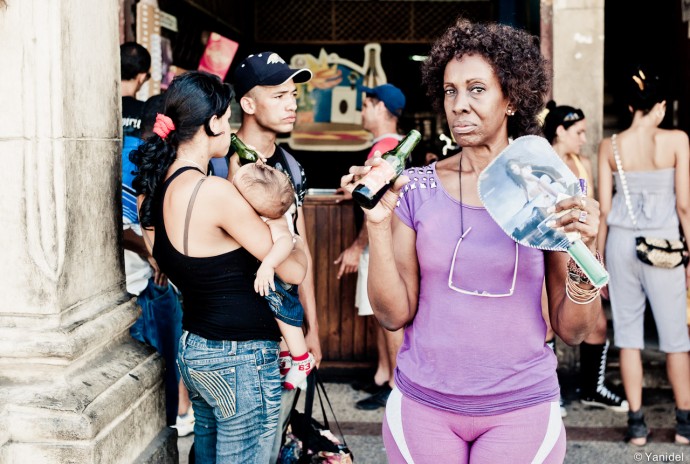 Still don’t like the food ? It gets worse with the local Coke version, the TuKola…

IV) Tourists are under watch: Compared to my previous experience, I felt that Cuban were less fearful talking to tourists than eight years ago. Of course, the political police still exists and every time you engage conversation with a Cuban, someone will notice and probably take note. Yet it was easier to interact with Cuban and once some trust was established, some interesting “off the record” conversations took place. While contact with Cubans is easier, it also means that you’ll be constantly called on by cab drivers and people trying to sell you cigars, artwork or their mother. I really got the impression to have the $ sign written all over my face and 95% of the “Where are your from?” or “Hola amigo” had the obvious goal to get some money from us. It did get very tiring by the end, though evidently understandable due to the low standard of living in Cuba. 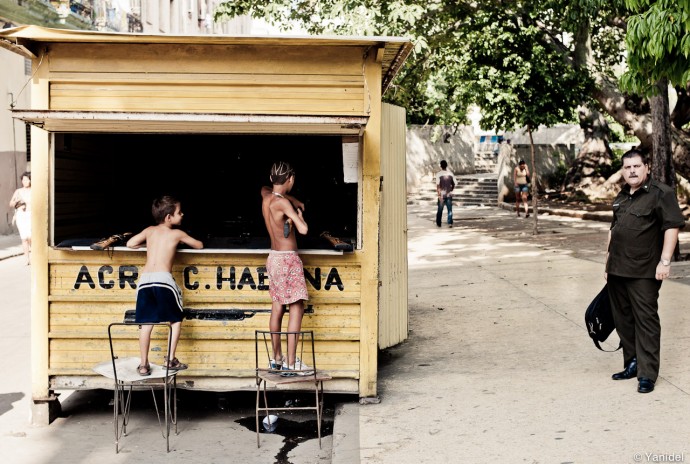 I did get a nasty look from this government official when taking this shot, yet unless you are in a prohibited zone, you won’t risk anything by taking pictures in Cuba.

5) Things will change when Fidel dies : as photographers, we kind of all wish that Fidel will die while we are visiting Cuba. Imagine the great opportunity to document this once in a life time event. Well, it did not happen eight years ago, nor did it this time. Indeed, the old man is tough to kill and don’t expect a sudden uprise once he goes to Heaven (… or Hell accordingly). Indeed, many Cubans do support the current government and Fidel’s brother, the “young” 81 years old Raul is next in line. Change will come to Cuba, yet it will most probably be very slow and gradual. 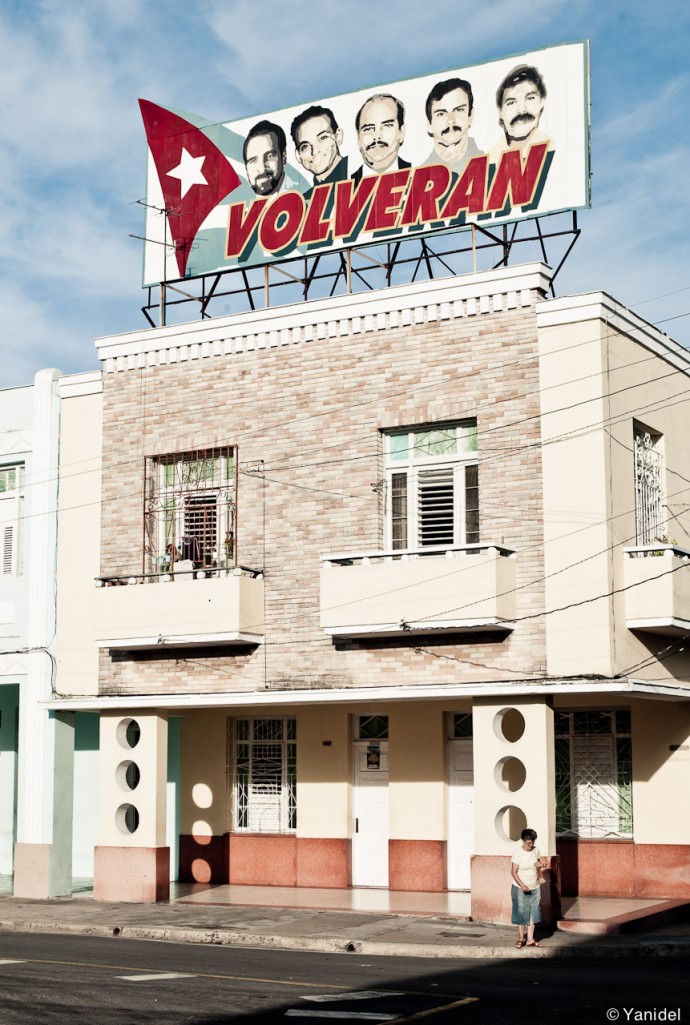 Volveran … “they’ll be back” as advertised in this revolutionary billboard.